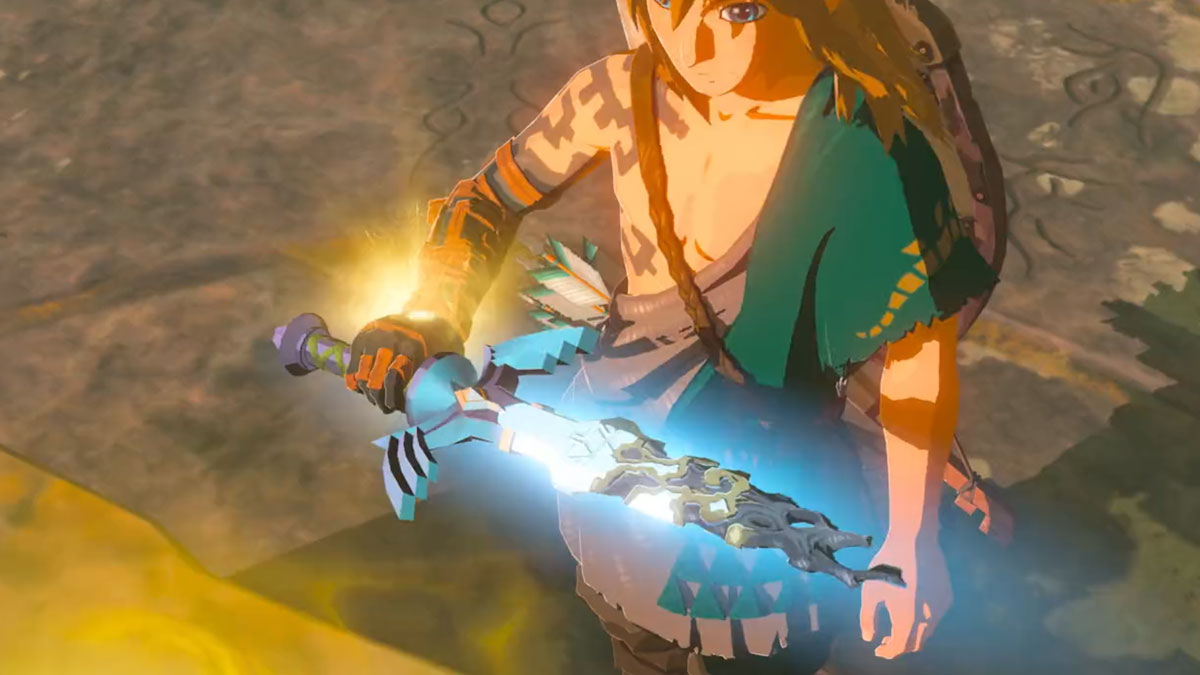 We have a ton of questions about the Breath of the Wild sequel, and a small snippet of new footage just raised even more. The brief shot shows a very different-looking Master Sword.

The footage in question comes from a Twitter video in which producer Eiji Aonuma announces that the Breath of the Wild sequel has been delayed to spring 2023. That news might not surprise many, but the accompanying footage is intriguing. We see the patented teleporting mechanic that beams Link up to a platform, where he draws a brand-new sword. It has the Master Sword’s hilt, but not its signature blade. In this case, it almost looks like a twisting flame, with waves of iron weaving around each other, leaving bumpy edges and several gaps. It’s unlike any Master Sword from previous Zelda games, which makes it stand out. Have a look for yourself:

Breath of the Wild 2 has been delayed, but we don’t have a new release date just yet. The “spring 2023” window is pretty broad. That said, there is plenty of time for Nintendo to reveal an exact launch day over the next year at something like E3. E3 2022 is an online-only event, but it’s still happening — if it’s not outright canceled.

In the meantime, Elden Ring PC players can actually live out new Zelda fantasies thanks to some great mods. The Master Sword and Hylian Shield can both be added to the game.