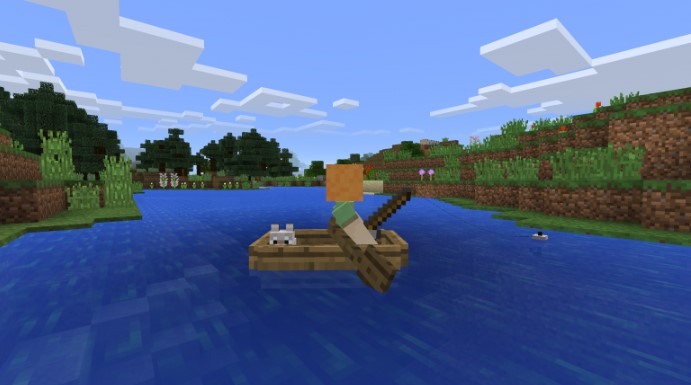 You have to be creative if you want speedy transportation in Minecraft, as proven by a player who discovered you can go even faster on a boat than on a mine cart.

Many players who want to traverse their world quickly create a rail system and a mine cart to move around. It’s a fast system, and it’s certainly easier than attempting to grab a saddle from one of the random drops in the world to use a horse.

This player has built a similar rail-like system, but instead of a mine cart, they use a boat and small cubes of water. They placed a series of small water spots, then hop on and row the boat as if they were on a lake or a larger body of water. Based on how the water pieces are separated, the player can quickly zip across the world at a rate that’s significantly faster than a mine cart would travel.

It’s a fun way to see a player travel across the world of Minecraft. The design seems to mirror that of a mine cart shaft, with torches on the walls. The player used walls catch themselves and turn, and there was a visible shake on the screen every time the boat slammed into a wall to change directions. (You won’t see this at Six Flags anytime soon.)

The technique could introduce new ways for players to explore how they travel across their world. There have been other methodsof players attempting to place a boat on top of a minecart to make it go faster, but we don’t see any of those tricks here. We’d love to see what players come up with learning this knowledge.