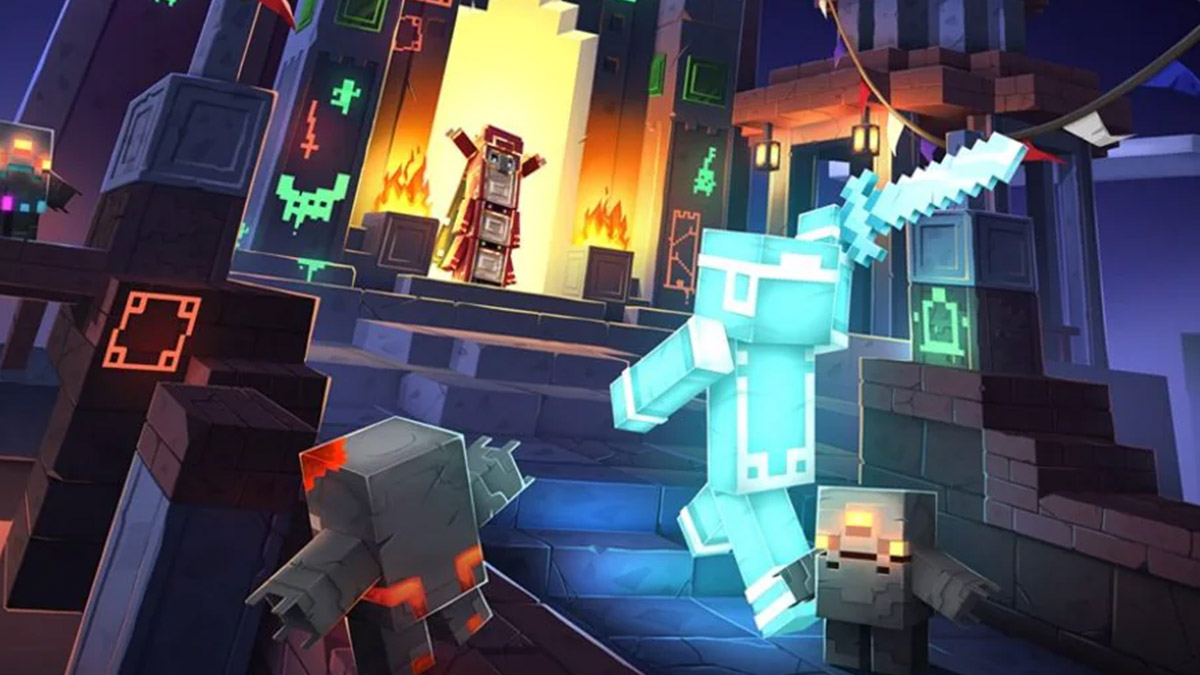 Mojang announced that Minecraft Dungeons would start getting seasonal adventures last year. Cloudy Climb was the first adventure to arrive, and Luminous Night is up next.

As the name implies, Luminous Night is changing the lighting scheme. “It’s a darker, more gloomy night setting,” art director Victor Blanked describes. “Luminous symbols have appeared on the tower [and] inside the tower.” Those symbols appear on the new season’s cosmetics too, giving character skins a runic design. New pets called Ministrosities are part of the lineup too, and they toddle around like cute little ghosts.

You and your Ministrosity can take on the Wildfire, a new mob type that arrives with Luminous Night. The appropriately named fiery enemy floats around, protected by rotating lava tiles. The Wildfire was originally supposed to be a part of Dungeons’ Nether update, but the team “finally got around to perfecting it” for Luminous Night, according to game designer Laura de Llorens. The hotheaded Wildfire enemies follow the Festival of Frost, which was Minecraft Dungeon’s last big event. That ended in February, so dungeon-delvers should be more than ready to face a new foe.

Luminous Night also includes a storage chest for items and gear, something fans have been wanting for some time. You can see the chest, the Wildfire, the Ministrosities, the new cosmetics, and the new look in the latest dev diary.