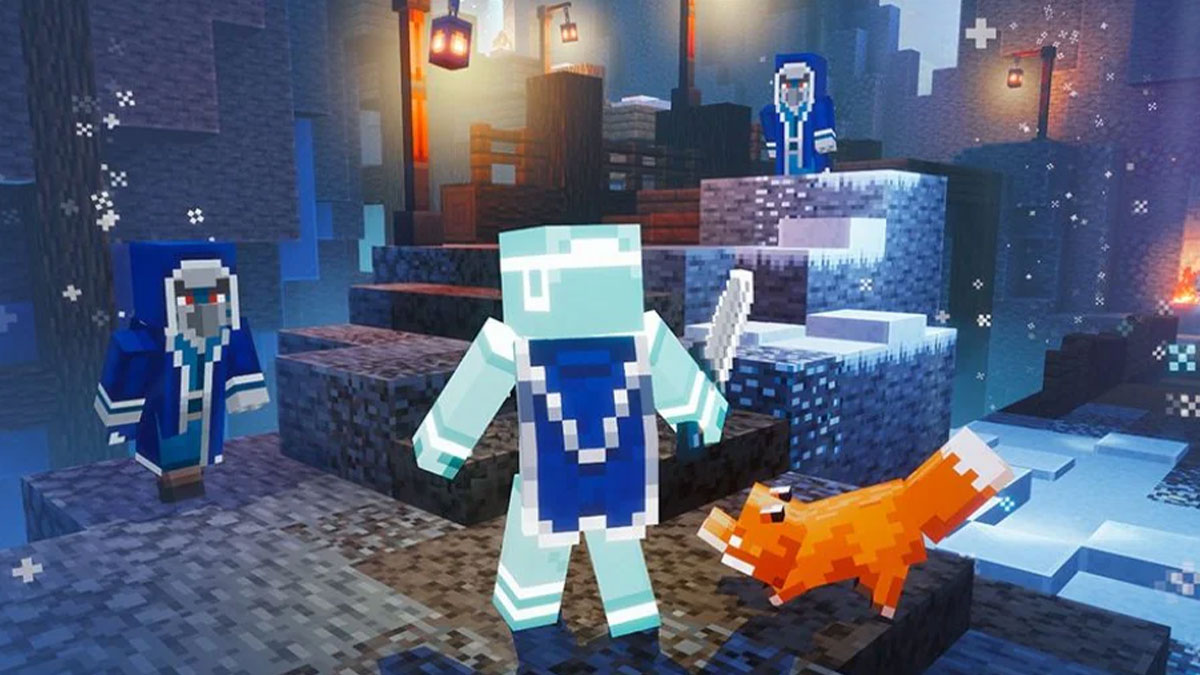 Regular Minecraft isn’t the only game getting more free content in 2022. The dungeon-crawling spinoff, Minecraft Dungeons, has grown a lot since its 2020 launch. Seasonal adventures kicked off last year with Cloudy Climb, and the Howling Peaks DLC arrived in December. Now the game is celebrating a big milestone with even more stuff.

That milestone? Reaching 15 million players. It’s a very impressive number, especially when you consider the game won’t even reach its second anniversary until this May. As part of the announcement, developer Mojang also revealed the Festival of Frost. The event brings “a smorgasbord of chilly challenges,” according to the team.

These include new winter-themed floors in the Tower and returning trials from previous Chills and Thrills events. Simply logging in during the event will get you the Iceologer Cape as a reward. Festival of the Frost runs from now through February 22.

In addition to the front-facing content, today’s update also includes a number of gameplay tweaks and bug squashes behind the scenes. These include stability improvements, glitching item fixes, UI changes, and a host of improvements for the Tower that should make it feel more balanced and varied. Cloudy Climb was named specifically, so that challenge should feel much improved. See the patch notes for the full rundown — there’s a lot in version 1.13.1.0.