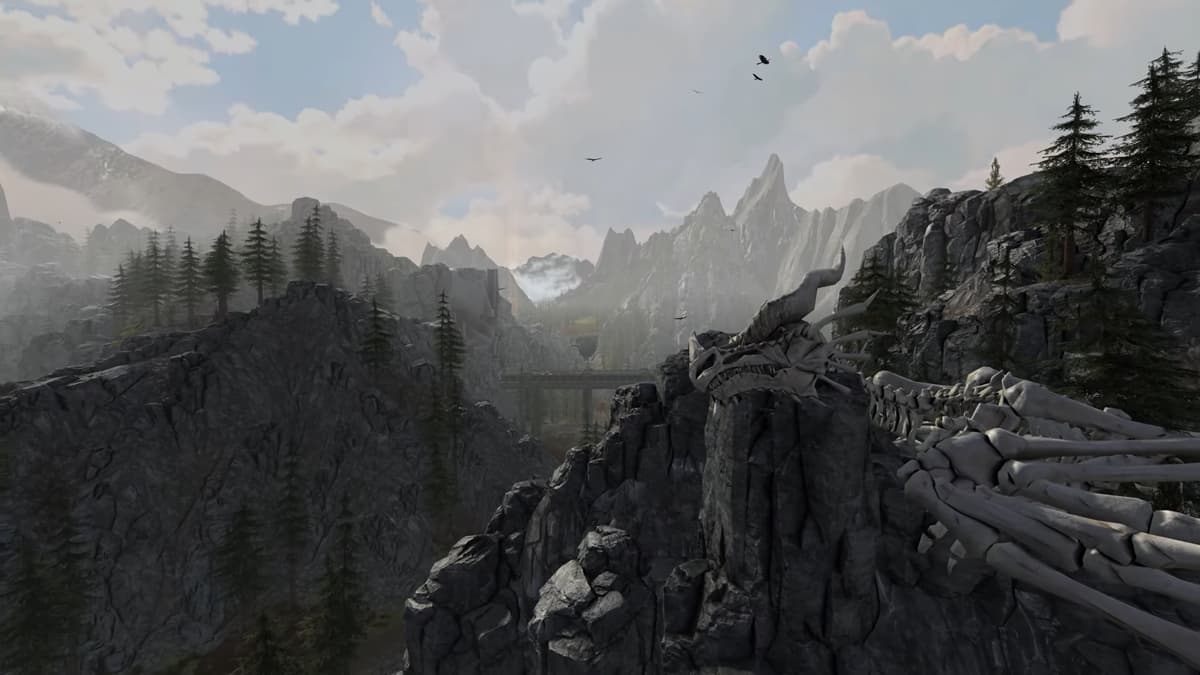 Neverwinter: Dragonbone Vale will take players to an all-new explorable zone in the MMORPG. It is an expansive region that contains snowcapped mountains, lush forests, and valleys full of dragon bones. The next module is themed heavily around dragons and a new trailer gives a better look at what players can expect when Dragonbone Vale releases for PC on January 11.

There will be four areas to explore in the region of Dragonbone Vale. Whetstone Thicket is in the northwest, whereas Quellwater Tarn lies to the south, Wyrmbone Marrows to the east, and Scaleblight Summit to the northeast. To reach each area, players will gain access to a grappling hook they can use to swing across gaps.

The factions of Neverwinter have teamed up to scout out each area. Players will work with different guilds to uncover the plot of the Cult of the Dragon. Etrien and the Emerald Enclave have taken the vast wooded and mountainous region of Whetstone Thicket, while Quellwater Tarn is being watched over by Sergeant Knox and the Lord’s Alliance. It is a rocky region full of crags and dwarven iconography and ruins.

Celeste and The Order of the Gauntlet have set up camp in Wyrmbone Marrows, which as the name suggests, is an area full of the remains of dragon bones. That leaves the final area of Scaleblight Summit. The trailer calls it a “ruinous expanse surrounded by an expanding wall of corruption,” and it could be where the Cult of the Dragon is performing their rituals.

The trailer also focused on the overall plot of the module. The Cult of the Dragon is creating magical artifacts called malignant conduits that spread corruption through the vale. The factions are working on a way to stop the corruption by using divine magic. Dragonbone Vale is also releasing on Xbox and PlayStation, but won’t be available until February 8.