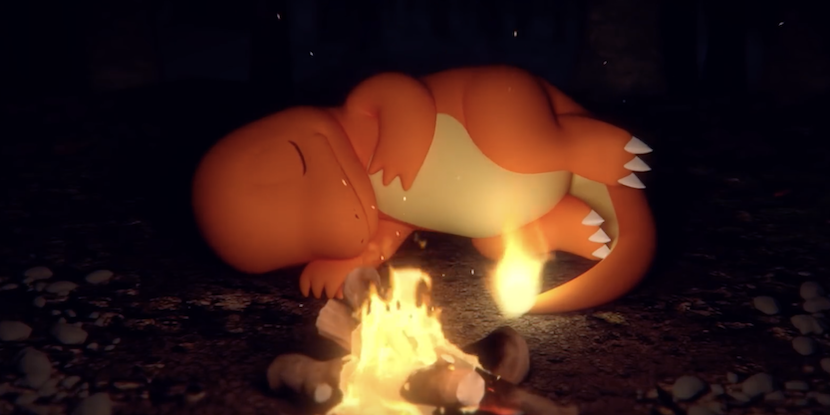 Considering the popularity of Pokémon, you’d think The Pokémon Company would’ve come up with an ASMR already for its players to relax. Better late than never, though, as it finally exists. And it’s just the cutest thing.

The company revealed the video on its official Pokémon Japan YouTube channel, which we’ve posted below. It features a young Charizard resting by a campfire. And it stays that way for 30 minutes, occasionally fidgeting as its tail catches on fire, but never to the point of being alarmed. (Remember, it is a Charizard. Fire is its thing.)

For those unfamiliar with an ASMR, Sleep.com defines it as a “relatively new creation” that’s meant to help certain types of people sleep. “It describes a feeling of euphoric tingling and relaxation that can come over someone when he or she watches certain videos or hears certain sounds.” People manage to adjust to these visuals or sounds, and, thus, they can sleep better.

We know quite a few Pokémon fans out there that can’t get enough of playing its most current games, like Sword and Shield and the Pokémon GO mobile game. So something like this, where Charizard is taking is easy after a weary day of battle might help them do the same.

And who knows, the Pokémon channel might post additional videos of these creatures resting. We can only imagine that the Jigglypuff one is pretty adorable, likely to fall asleep to its singing.

For now, the Charizard one will suffice. And, again, it’s probably the cutest thing you’re going to see today, Pokémon fans. Check it out below and see if it can soothe you over with a little relaxation.