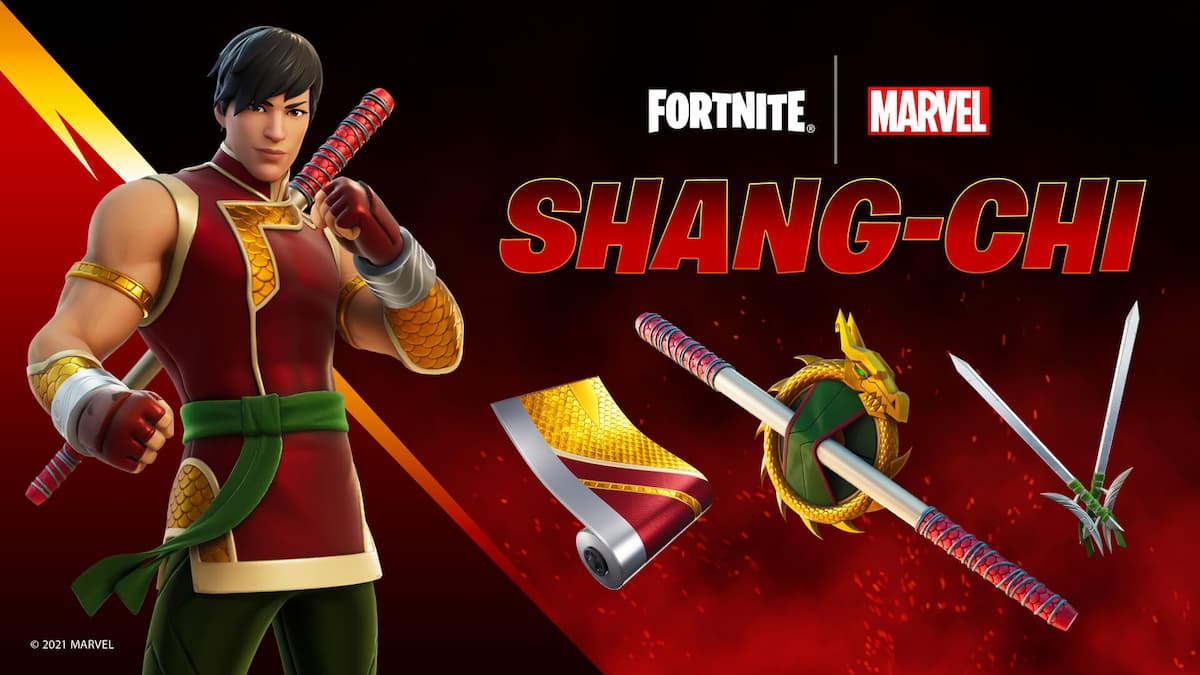 In anticipation of the upcoming film Shang-Chi and the Legend of the Ten Rings, Marvel has continued its team-up with Epic Games by releasing a brand-new Shang-Chi skin, weapon, and Wrap Bundle for Fortnite. Although portrayed by Simu Liu in the upcoming film, this Fortnite adaptation resembles the character from the self-titled comic book Shang Chi designed by Philip Tan and Dike Ruan from 2020.

The bundle is available right now in the Fortnite Item Shop, which includes the Great Protector’s Shield Back bling, Blades of the Brothers Hand Pickaxes, and the Dragon’s Scale Wrap. Shang Chi made his first appearance for Marvel Comics in 1973. Although he has been a featured character in a few of his own series, he has also appeared as a supporting character in many comic books, including Marvel Knights, X-Men, and Heroes for Hire.

There is no doubt we will get plenty of martial arts-themed action after the release of Shang-Chi in Fortnite, and fans of both franchises can only wait to see which hero or villain Marvel and Epic Games will release for their next skin collaboration. Shang-Chi and the Legend of the Ten Rings is coming only to theaters starting Friday, September 3.