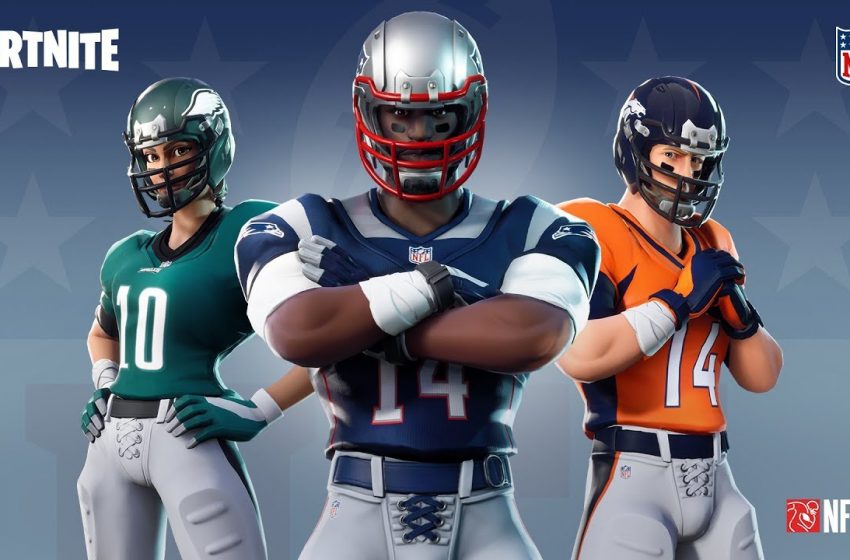 A surprise patch update for Fortnite was released today by Epic Games, adding some new content and providing bug fixes. Although this isn’t the big v11.50 update that is expected before Season 2 of Fortnite Chapter 2 begins on Feb. 20, it has still brought with it some significant changes. This was a completely unexpected patch, too.

One thing that arrived is some new football-style skins, according to Fortnite leaker ShiinaBR on Twitter. They also state that there are “several updates for Save the World” in this patch.

The account tweeted a video displaying all the new skin styles and showing off a new emote. The emote is named “Free Mix” and is Rare. The new styles of skin may be a nod to the 54th Super Bowl between the Kansas City Chiefs and the San Francisco 49ers, which kicks off this Sunday.

The full patch notes were published on Epic’s public Trello Board, which also confirmed that ziplines have been fixed earlier than anticipated.

There were also a couple of fixes for Creative Mode.

However, most of the update is focused on “Save the World.” In fact, Epic Games has released a full “Homebase Status Report” explaining the new features that will be added this week.

One of the new features to hit the Save the World mode this week is the Vacuum Tube Bow. This weapon fires an arrow that ricochets lightening between opponents, and its damage, range, and velocity increase with charge time.

Another new addition to the game which lands this week is “Snuggle Specialist Sarah”, who will hit the event store on Jan. 31 at 7pm ET / 4pm PT / 1am GMT.

Dragon Slash leaves behind an energized trail, dealing 18 base Energy Damage per second.

Dragon Slash leaves behind an energized trail, dealing 45 base Energy Damage per second and slowing enemies by 30% for 3 seconds.

Although this was a unique update in that it was not announced by Epic beforehand, the next update before Season 2 starts will most likely be featured on Epic’s social media.