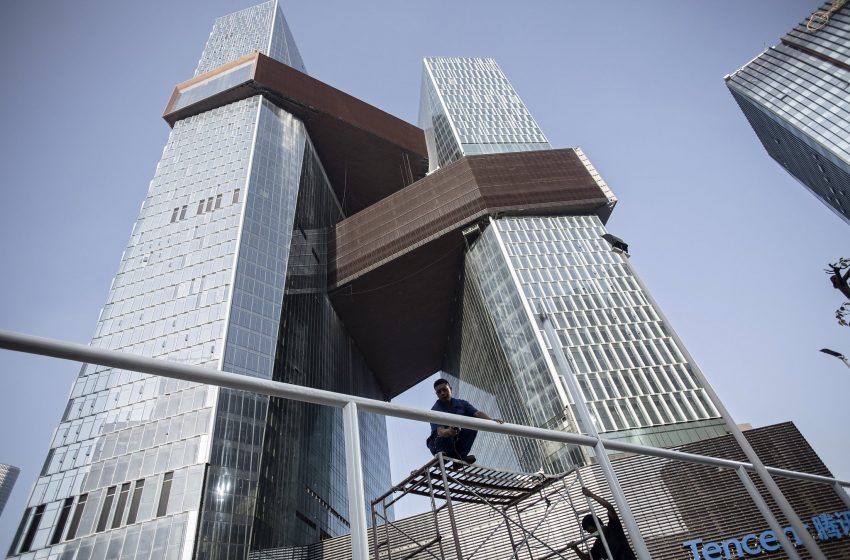 A new map for Call of Duty: Mobile has been released onto the test server, and it contains an interesting nod to Tencent, the Chinese multinational conglomerate and parent company of developer TiMi Studios.

The map, called Cage, appears to be set in a city construction site, with lots of scaffolding to snipe from and tarpaulin to hide behind. Although the city is just a backdrop, one eagle-eyed player, who goes by @Pedrozkyo on Twitter, noticed that one of the skyscrapers on the map is modeled after the Tencent Binhai Mansion (yes, that’s the real name) in Shenzhen, China.

The building is an extremely accurate replica of its real-life counterpart, capturing the size difference between the towers and the three sky bridges connecting them perfectly. In real life, the skyscrapers are 814 and 636 feet tall, with 50 and 41 floors respectively.

The Tencent building isn’t the only new thing that players have spotted in the preview of this map. Gameplay uploaded to Youtube shows a new Scorestreak involving a Mech suit called Goliath. According to the Patch Notes (point 1.3.1.2) , which many of the beta players have released online, the XS1 Goliath will require 900 points to activate, and can “sweep the battlefield.”

Although there is no confirmed release date for Season 3 of Call of Duty: Mobile yet, based on the length and start dates of previous seasons, we can assume it will start at some point during the week of Jan. 20.