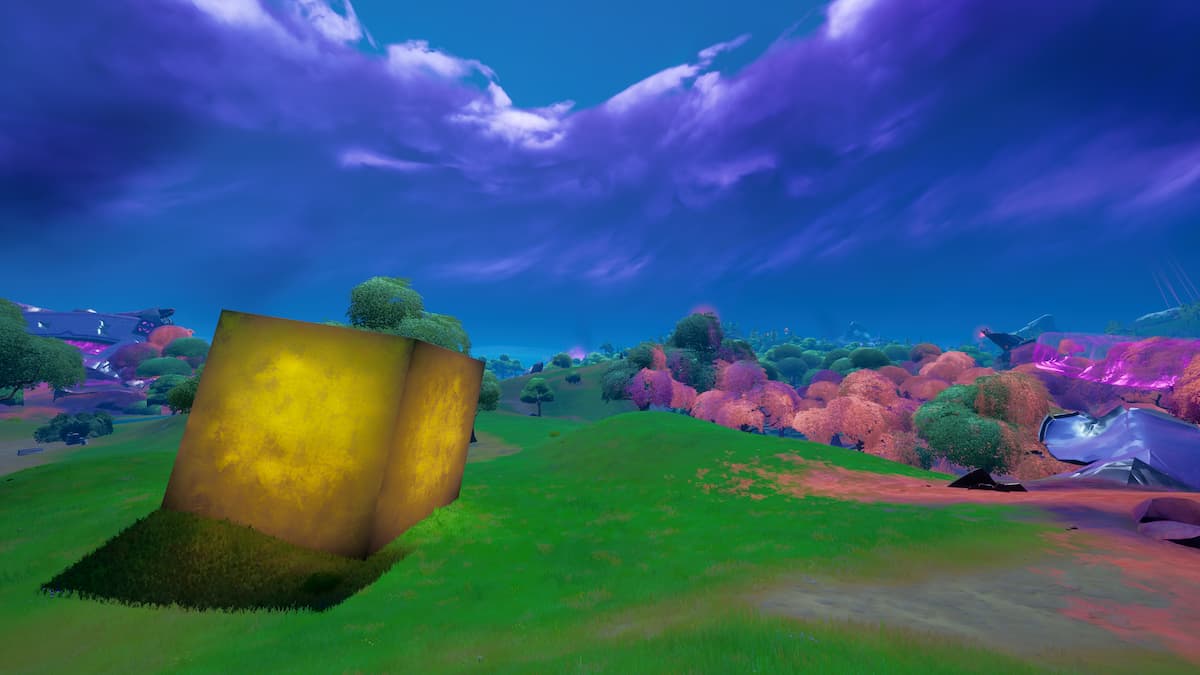 Before the beginning of Fortnite’s latest chapter, many players hoped to see a return of Kevin the Cube. Well, they got more than they bargained for, as multiple cubes can now be found on the map. Much like the original Kevin, they are also slowly making their way across the map, and thanks to some data mining, we now know where they are going.

According to Hypex, the cubes are all on their way to the center of the map. There are a number of distinct differences between these cubes and the original Kevin that should also prove worrying. These cubes were unleashed by the alien mothership’s destruction and were being used to power it. Upon impact with the island, they caused the formation of the Sideways, a strange alternative dimension filled with monsters.

Finally, these cubes also appear to be sentient, so they actually know what they are doing. Kevin was already a very disruptive presence on the island, but multiple cubes are bound to bring significant changes. The fact that they are heading toward the center of the island is also worrying.

The center of the island has long been the place where major events happen in the world of Fortnite. From Thanos trying to rip the Zero Point out of the island and eat it, to the appearance of the Spire and its eventual destruction, the center of the map has been a hotspot over recent seasons.

There is the chance that if all the Kevins make it to the center of the map, they might be able to bring the type of changes that players have been hoping for as Chapter 3 begins to get closer.