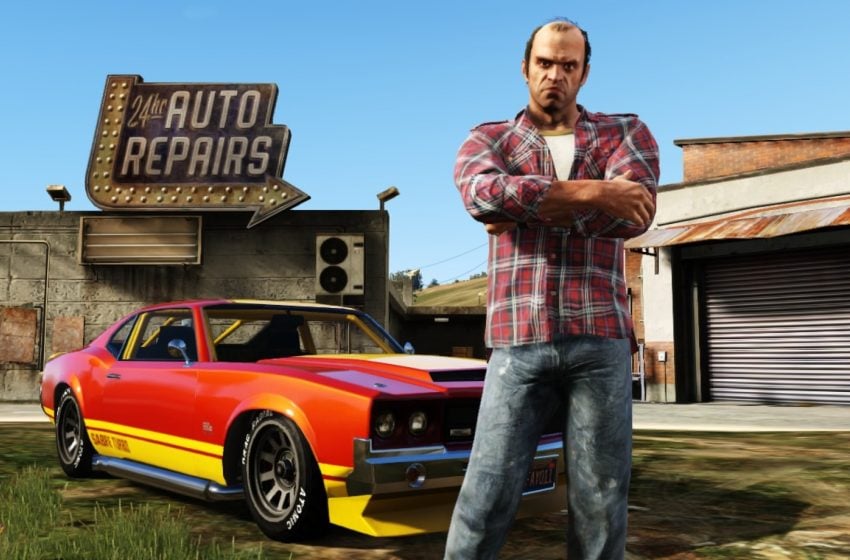 Grand Theft Auto V is unquestionably one of the biggest games to release in the last decade. It is continually in the top 10 games sold each month, has an online mode that still makes Rockstar millions of dollars each year, and has one of the most expansive single-player modes ever.

But even the best game in the world can only have so much you can do before you’ve managed to platinum everything and see all the sights it has on offer. If you don’t feel like jumping online and getting schooled by a 14-year-old (whose parents really shouldn’t have bought them the game in the first place), then what’s out there for you?

Luckily, the mod community has your back. Virtually every popular PC game has mods of the wackiest variety, perfect for extending a game’s life for anyone who might think the experience is starting to get stale, and GTA is no exception.

Here are the best mods you can find in Grand Theft Auto V.

Have you ever found yourself playing GTA V and thinking, “Well sure, all the murder and mayhem is great and all, but what I could go for right now is a natural disaster.” If you have, download the No Water + Tsunami + Atlantis Mod. With this installed, you can trigger a drought or a Tsunami, or even turn Los Santos into the legendary Lost City of Atlantis.

Ever wonder how Earth would have fared if Goku never veered away from his original Saiyan goal? Now you can experience that yourself with this mod, which allows you to play as Goku himself in GTA V. The most iconic moves from the show are on display here. Transform into a Super Saiyan, do that Kamehameha Wave you always dreamed of as a kid, and even charge up and unleash a devastating Spirit Bomb on the inhabitants of Los Santos. You also have access to Goku’s flight, speed, and strength, allowing you to zip around wherever you choose and pick up vehicles to hurl away.

Though it’s fun to be a villain, creating havoc and destruction everywhere you go, it’s always been a bit of a bugbear within the GTA community that you can’t play as a lawman. That is, until now. The LSPD First Response Mod allows you to step into the shoes of the most overworked police force on the face of the planet and do everything that they can in-game. High-speed chases, gunfights with armed criminals—it’s all in a day’s work for Los Santos’ Finest. And if you still can’t help your evil ways, there’s nothing to stop you from being a bad cop.

Ragdolling is one of the funniest traditional forms of comedy in Grand Theft Auto. With this mod, you automatically make yourself or NPCs go limp to some hilarious effects. Jump off the smallest ledge or hurl yourself in front of cars to see what the game’s physics make your body do.

Everyone loves comic book heroes these days. Whether it’s Marvel or DC, people can’t get enough of their favorite superheroes and villains, and this mod allows you to play as one of Marvel’s finest, Bruce Banner’s alter-ego, the one and only Hulk. Tear through Los Santos in just a pair of ripped trousers as you smash everything that gets in your way. It’s as silly as it is glorious to pick cars up and toss them around just because you can. Just don’t try to take on that train. That thing isn’t stopping for anyone.

If you still feel like you need your superhero fix while running wild in the streets of Los Santos, you can always become Iron Man. Wearing Tony Stark’s famous suit of armor, you can fly around the map blowing up anything that takes your fancy. And when you get bored of doing that, you can always pop over to Los Santos International Airport and pretend you’re acting out that scene from Captain America: Civil War. Giant Ant-Man not included.

This mod helps bring a little more realism to the GTA V murder-spree enthusiast. With this mod in place, silencers actually quiet your gun and do not alert NPCs from the next county that you took a shot. Also, cops will not be called if all witnesses in the area are killed or if you kill someone in the middle of nowhere. Additionally, the traditional wanted level system is back, where the army shows up when you get up to five stars.

This mod is inspired by the awesome game SUPERHOT, where time only moves as you do. When you are standing still, everything else in Los Santos will slow to a crawl, letting you pull off some sick headshots and live your wildest action movie dreams.

This mod brings you what is unquestionably the best safehouse you are going to find in GTA V. You turn Marlowe Valley into the ultimate getaway at home, which comes packed with three helipads, a medium-sized runway, garages/parking areas to store more than 50 cars, a functioning apartment, a tuning garage, a military bunker, a party in the garden, and pre-saved cars. Enjoy yourself in style.

This mod makes GTA V a full-blown RPG with skill trees, looting systems, and the ability to choose a class when you start. If the original game didn’t have enough of that sweet grind for you, then this mod that will change all that. It also opens up dialogue options with NPCs and has a non-linear story so you can play the game how you want to. GTA as an RPG is a wondrous thing, but remember; you do have work tomorrow, so it’s probably best to turn it off. Oh, sod it, just one more hour.