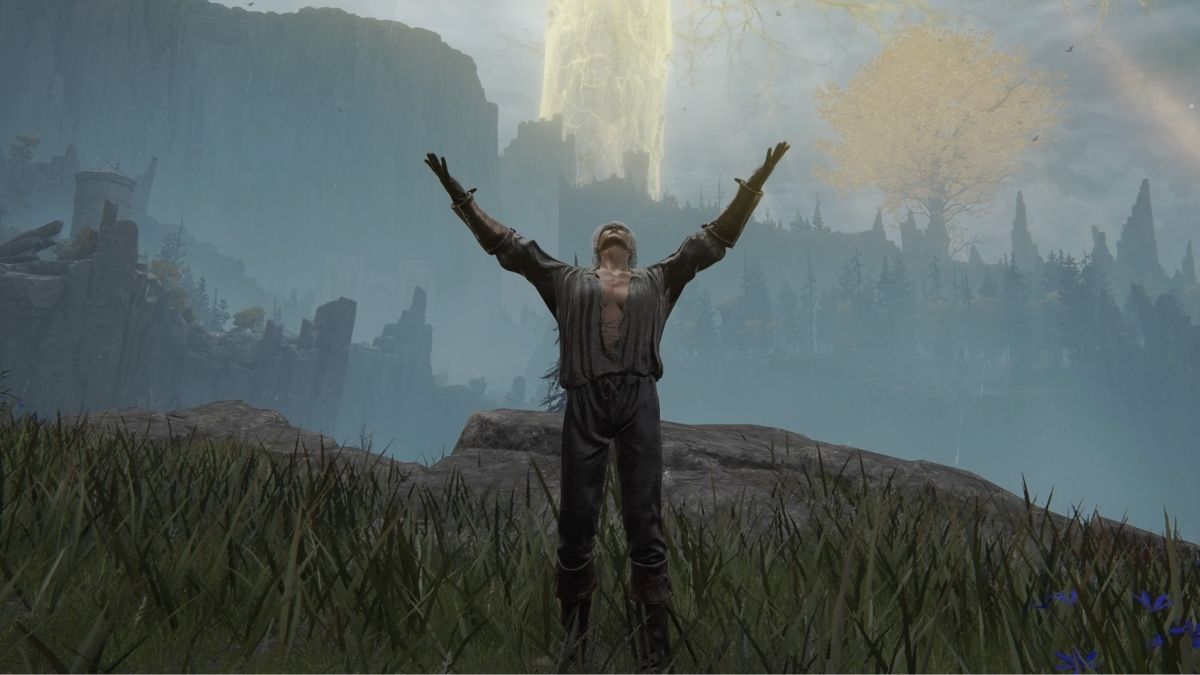 Elden Ring, FromSoftware’s latest — and by many accounts, greatest — offering, is finally out. Much has been made of the game’s trademark challenge and the beautiful and intimidatingly large open world, charting the similarities and differences between it and previous Soulsborne games. But there’s one thing that not enough people are talking about, something that firmly cements Elden Ring’s place in the Soulsborne pantheon: it’s got a mischievous sense of humor.

Sure, ‘funny’ probably isn’t the first thing that springs to mind as you explore the map or die for the hundredth time. The Lands Between are filled with powerful enemies and deadly traps, and it is alarmingly easy to shuffle off this mortal coil as you explore. Drill past the surface level of grit and gravitas, though, and you’ll find a soft chewy center of bizarre comedy.

Take the encounter design, for example. Elden Ring, following in the style of creator Hidetaka Miyazaki’s previous games, delights in subverting players’ expectations. Many encounters with enemies in the game world are set up almost like an elaborate prank. On completing the game’s opening section and stepping out into Limgrave, one of the first things you’ll see is likely to be the Tree Sentinel, a hulking knight on an armored horse. It’s pretty tempting to take a crack at fighting him — after all, it’s literally the beginning of the game. How bad could it be? After being swiftly and unceremoniously squished flat, you realize you’ve been had, and that Miyazaki is probably out there somewhere laughing his ass off.

Dozens of fights are structured much like this, the equivalent of a bucket of water perched atop a slightly-ajar door. An attempt to take out a few tiny crab enemies is derailed by the sudden appearance of a giant one, which leaps comically out from its hiding place and practically lands on your head. Tempted by the glint of an item up ahead, you miss the otherwise laughably weak mook hiding just inside the doorway who stabs you in the back.

The visual design of many of those enemies often lends an air of absurdity to proceedings as well, the over-the-top grotesquery on display verging on the hilarious. Consider Godrick the Grafted, one of the first major story bosses you’ll encounter along the critical path. His initial form is already bizarre to behold, with dozens of arms sewn into his body waving nonchalantly in the breeze. Hit the halfway point of the fight, though, and the sheer zaniness goes through the roof.

In a move that, on paper, sounds like it’s been lifted from a fever-dream, Godrick rips off his own arm and replaces it with the head of a dragon that can not only inexplicably breathe fire but can also take bites out of you if you get too close. All while the man himself continues to scream and curse at you. It’s ridiculous. It’s practically slapstick.

Could this be dog?

Then, of course, there’s the social element. Community has been a core tenet of the Souls games since day one, and one of the main ways players can interact with each other is by leaving messages. The constraints of the messaging system — players can only use certain words and message structures — beget a certain creativity and silliness. Yes, there are innumerable puerile instances of things like “try finger but hole,” but we’ve also seen the rise of the inexplicable meme of “could this be dog?” written alongside horses, turtles, crabs, and more.

After rolling into some furniture, I was once greeted with an unexpected and lightly chastising message of “You don’t have the right! Why is it always destruction?” underneath, and it seems like every pile of crates has “could this be item?” or “why is it always despair?” messages to illustrate the inevitable lack of items hidden away inside. That’s even before getting into the series’ penchant for ridiculous speed runs, like the guy who beat one of Elden Ring’s bosses with a Ring Fit controller. It’s silly and surreal, and that goofiness is indelibly baked into the design of those multiplayer mechanics.

To come at Elden Ring expecting it to take itself seriously is, in many ways, to miss the point. Yes, it’s still a high-fantasy epic that has its moments of brooding darkness and heartbreaking tragedy, but FromSoft’s games have always been about the juxtaposition of that with much more absurd and human elements. Pretenders to the Souls throne have often had trouble with that: the charm of these games is so much more than “it’s difficult” or “the world is locked in an endless cycle of destruction.”

There’s a dedicated item (or spell in previous games) that lets you transform into a chair. There’s a recurring character whose sole purpose is to bait you into an incredibly obvious trap and then try to buy your affection back by selling you items that, it’s heavily implied, he’s pinched from his previous victims. There’s a magic horse that can double jump. There’s a dedicated hugging mechanic. There’s far more to Elden Ring than initially meets the eye. Have fun with it — Miyazaki certainly did.