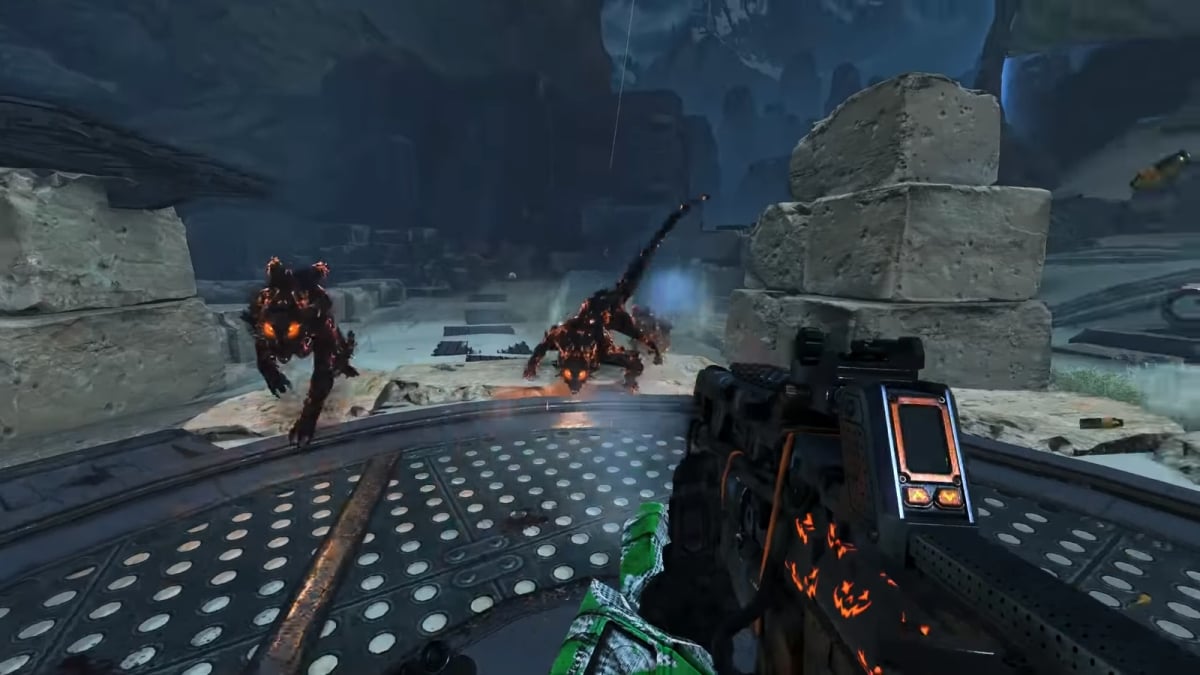 This Halloween, Apex Legends is bringing back a different, less crazy version of the Shadowfall mode from 2019’s Fight or Fright Collection event. Shadow Royale plays like a standard match of Apex Legends, except it’s night time, and defeated players respawn instantly as Shadows. In Shadow form, players have reduced health and cannot use any equipment, but they move faster, hit harder, and can wall run and one-punch doors.

Here are some essential tips to help you win more Shadow Royale matches during the Apex Legends Fight or Fright event.

In the Shadow Royale mode, a squad is only defeated when all living members have been downed. That means your goal should always be to kill living enemy legends. Shadow players can respawn infinitely, so fighting them is pointless unless you simply cannot avoid it.

This mode is not good for mid or long-range combat. First of all, it’s dark, which makes evading snipers much easier. Second, Shadow players can close the gap very quickly once they spot you, so you need to pack two dedicated close range guns at all times.

SMGs are your best bet for Shadow Royale. This is the one time the Alternator is actually a decent choice. With its large magazine and accurate hipfire, it makes the perfect anti-Shadow weapon. Shotguns and the Wingman are great too, as they can easily one-shot Shadow players.

During last year’s Fight or Fright event, players almost immediately discovered that Wattson can make rooms un-breachable for Shadows. Until the end of the Shadowfall LTM, camping with Wattson was a dominant strategy, and there is no reason to think things will be different this year. In fact, with Caustic’s gas buff and the addition of Rampart to Apex Legends, the camp meta will likely be even more prevalent in Shadow Royale. Either bring the marshmallows or prepare to struggle.

Bloodhound is even better at night

Bloodhound was buffed repeatedly over the last few seasons, making them just about viable in competitive Apex Legends. In the Shadow Royale mode, they can dominate. Bloodhound’s tracking abilities are even more useful at night, and their scan makes hunting down enemy players that much easier.

Wall running is back from Titanfall, and Shadows can use it in the Shadow Royale mode. Our advice is to use it sparingly. There is never a good reason to leave cover in Apex Legends, especially if your health pool is reduced. When wall running, you turn yourself into a clay pigeon: an exposed target for enemies to shoot down. Unless you are certain you can pull off a surprise flank or ambush, there is very little reason to ride the walls, except perhaps for style points.