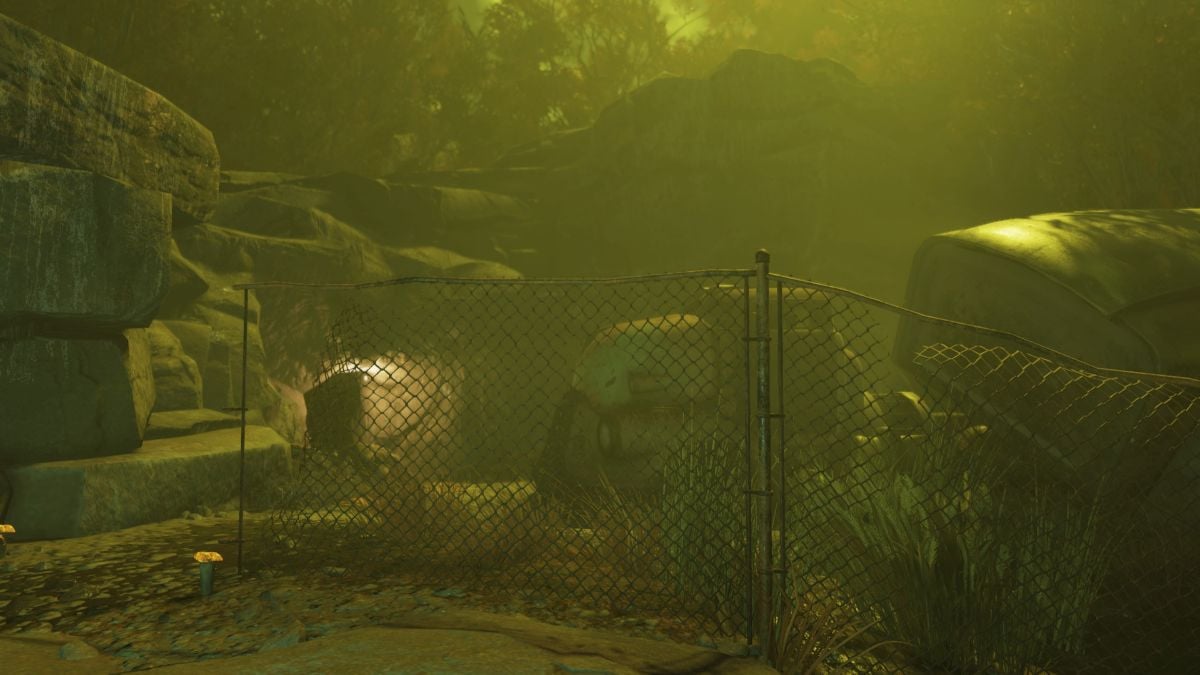 There are six regions to explore in Fallout 76, and each of them comes with its own set of dangers, monsters, and adventures. Moreover, each region in Fallout 76 has its own set of treasure maps that allow players to play a sort of scavenger hunt for some neat randomized loot. The treasure maps you find need some deciphering because they represent vague sketches of treasure locations. You have to look at the map sketch and figure out what it corresponds to in the game world. The Ash Heap is one of the more dangerous regions of Appalachia, with toxic air and overcast smoggy skies. You can find it in the southwestern corner of Fallout 76’s map, bordering the Forest and Savage Divide. There are two treasure maps in the Ash Heap region, and in this guide, we will explain where and how to find their treasures.

Related: Where to find Morgantown in Fallout 76

The sketch of the Ash Heap treasure map location #1 represents the blocked-off tunnel and its surroundings at the AMS testing site location, in the southern part of the Ash Heap. Facing the gated tunnel (and north), the treasure is located on the left side of it, up the small hill, as marked by the X on the sketch.

The sketch of the Ash Heap treasure map location #2 represents the view at one of the cabins at the Hornwright air purifier site #1, located between the Rusty Pick and Belching Betty landmarks in the Ash Heap. Look for a cabin that has a rusty 4×4 jeep parked by the side. The treasure is located next to the decaying vehicle, just like the X on the sketch shows. This treasure map used to be mistakenly labeled #7, but that mistake was fixed in a patch. Some still incorrectly refer to it as Ash Heap treasure map #7 though.