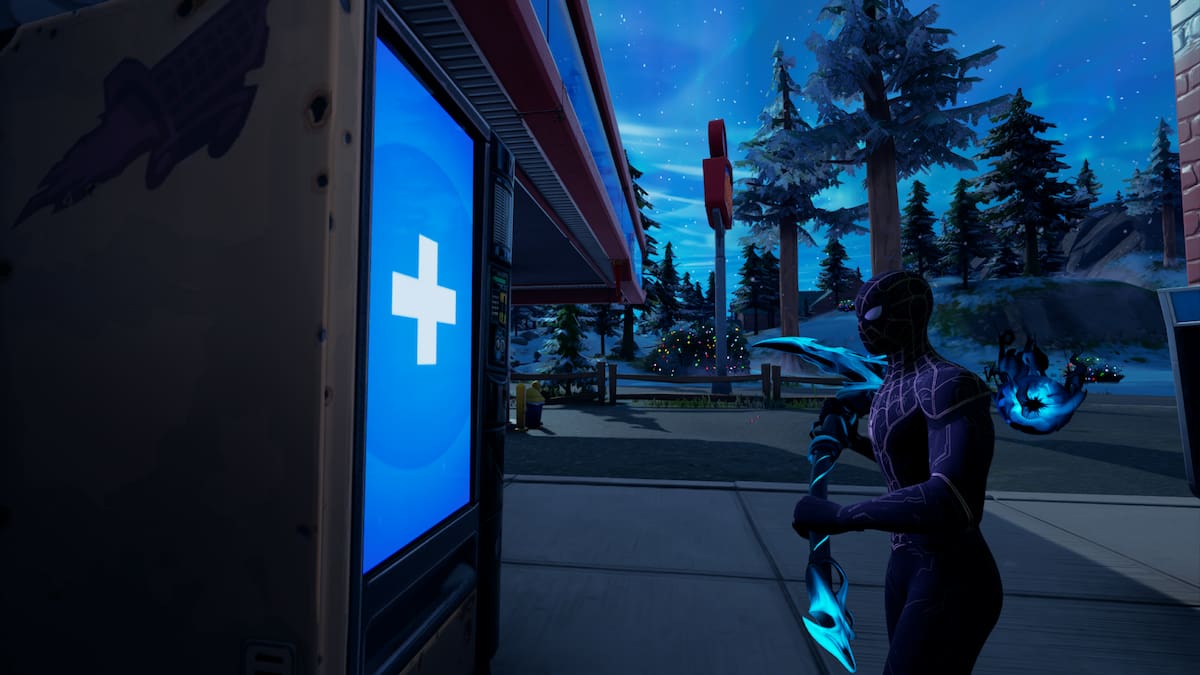 For those finding lackluster loot in Fortnite Chapter 3 Season 1, the battle royale has plenty of its signature vending machines throughout its map to boost the strength of your arsenal. As usual, these can offer just about anything you’d typically find in a chest, including common to legendary weapons, as well as items that restore your health and shield. Each will require that you pay a varying amount of gold, but the toll usually comes with satisfying results.

In total, there are 34 vending machines, with most located near the center of named locations. Speaking of, a majority of these main points of interest will hold two weapon vending machines (also known as Weapon-O-Matics) and just one health vending machine (or Mending Machines). Each type of machine will offer up to three items, with the rarest usually costing the most gold.

Below, you can find a detailed layout of where each vending machine is located on the map. The yellow star markers indicate the position of Weapon-O-Matic machines and Mending Machines are marked with green hearts.