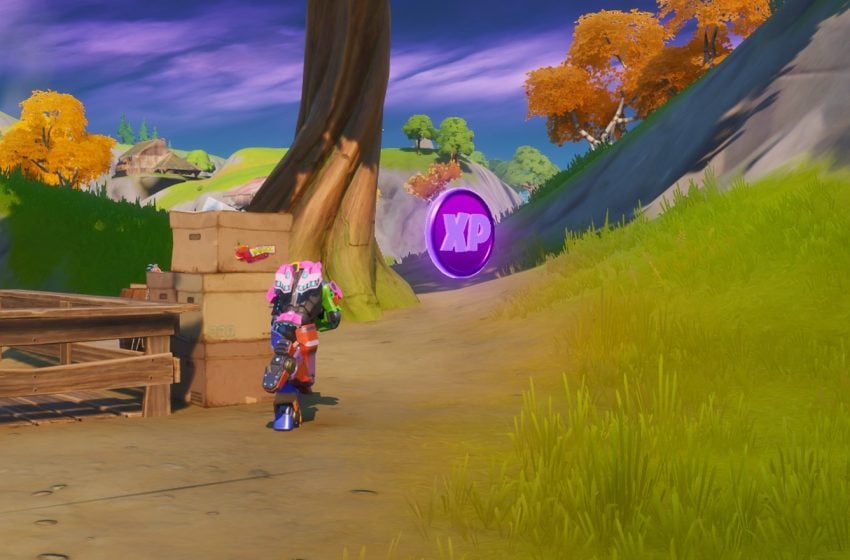 Green Coins are worth 5000 XP, Blue Coins are worth 6500 XP, and Purple Coins break up into lots of smaller coins, but if you grab them all they are worth 10,300 XP in total. Make sure to build a box around the Purple coins before picking them up, as it will make them much easier to collect.

As always, there are Green, Blue, and Purple Coins up for grabs, and we know that Gold ones will also be returning this season because of the Punch Cards.

Remember, the XP Coins stay around all season long, so if you missed them during the week they arrived, you can still grab them at any point over the course of the season. Below you will find a map that shows each coin that can be found in the game, and a map that breaks them all out by week, to make it easier to know which ones you have already tracked down.

Because the Blue XP Coins are hidden in items, we have included a description of where to find each one for the relevant weekly maps.

These locations are based off leaks, and will be confirmed on Thursday, September 10.