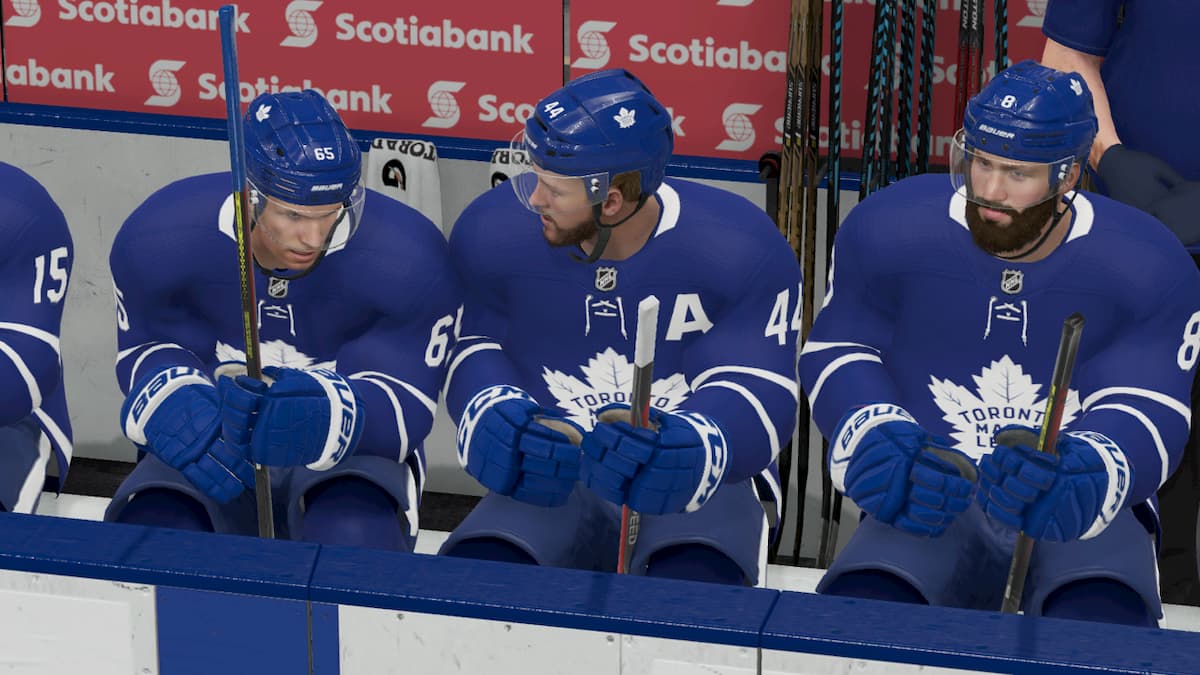 It takes a team effort to succeed in hockey, plain and simple. Not only do teams need their forwards to position themselves well and put pressure on the opposing team, but they also have to possess smart defensemen who can stay with opposing forwards and get the puck out of the defensive zone quickly. The same can be said in NHL 21, as defensemen are vital for success. If you’re a HUT player, you might be wondering which defenders you should target in NHL 21. We have you covered, as we will go over the best left-side and right-side base HUT defensemen in NHL 21.

Lightning defenseman Victor Hedman has been a force in the NHL for a decade, including this past summer during the Stanley Cup Playoffs. So it’s no surprise to see that the 2020 Conn Smythe winner received one of the highest overall ratings among defensemen in NHL 21. Hedman has solid shooting attributes to go along with strong Passing (86) and Defensive Awareness (86). And at 6’6” and 223 pounds, Hedman can be a brute checking machine on the ice. The downside with putting Hedman on your squad is that his base Speed (82) is not outstanding. Ideally, you want fast skaters on your HUT team, but having fast defensemen is a must. However, the 2020 Stanley Cup champion does possess the Howitzer synergy. If you can activate it (which you should), Hedman’s Speed attribute will rise by three points.

Predators defenseman Roman Josi is one of the more well-balanced blueliners in NHL 21. The 2020 Norris Trophy winner has better Speed (83) than Victor Hedman, and the Swiss native also possesses solid shooting, passing, and awareness attributes. Josi might not excel in one specific area, but the Predators defensemen should be able to fit in on your team, especially if you want to run the Wingman synergy.

Even though Maple Leafs defenseman Morgan Rielly is listed in NHL 21 as two-way defensemen, the 26-year old’s game tilts more towards the offensive side of the ice. That’s not to say that Rielly is a terrible defender, as his Defensive Awareness (85) attribute doesn’t indicate he’s bad in this area. However, Rielly does have some tantalizing offensive attributes, as he possesses very good skating attributes to go along with some strong passing numbers. Rielly also possesses the Speedster synergy, which you should try to activate if you plan on riding with the Leafs defenseman. This synergy raises the Speed attribute of players who possess it by four points.

At 85 overall, it’s hard to do better than Erik Karlsson, at least among base defensemen. The Sharks defenseman has some of the best skating, shooting, and hands attribute you will find among blueliners. And with an 87 Defensive Awareness category, he should be a reliable defender when he needs to be, even though he’s not the strongest nor the biggest defenseman you will find in NHL 21.

Defenseman Alex Pietrangelo is, in many ways, the right-handed version of Victor Hedman. The newest member of the Vegas Golden Knights has the exact same Speed (82) attribute as Hedman, and the two, aside from Wrist Shot Accuracy (79), also possess equal shooting ratings. While Pietrangelo does suffer from average to slightly below-average skating attributes, the former Stanley Cup champion has solid passing, physical, and defensive attributes. If you can get past the skating attributes (or even boost them through a team synergy), he can be a useful defender, especially if you need another player to fill out the Thief synergy.

Avalanche defenseman Cale Makar was one of the more popular base defenders to use last year. The 2020 Calder Trophy winner had amazing skating and offensive attributes last year, despite a low 80 overall. And as the year rolled along, Makar received many upgraded cards thanks to his terrific performances in the real NHL. That made him a must-own player in NHL 20.

In NHL 21, Makar received an overall rating upgrade, and despite him not being as highly rated as other right-side defensemen, he made our list for one major reason: Speed. Now, you shouldn’t scoff at some of Makar’s other attributes. The Avalance has great shooting attributes, but his skating ratings are exceptional among base defensemen. If you’re looking for fast defenders who can skate up the ice with the puck and transition to offense, you can’t do much better than Cale Makar.