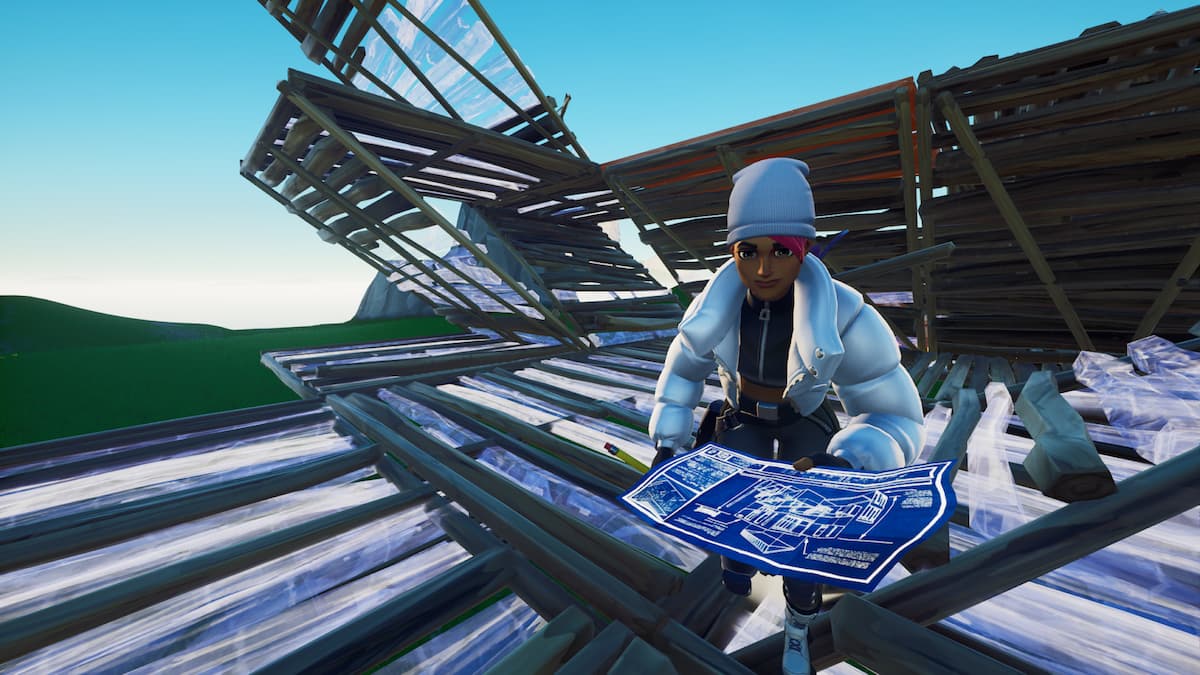 As Fortnite’s battle royale modes have skill-based matchmaking, newer players will eventually see talented veterans quickly edit their builds to create shooting angles and exits. This ability may appear easy to perform, but the best edits require several button presses. That is why some creators have taken it upon themselves to build Edit Courses that train beginners and challenge even the greatest of builders. So, if you’re aspiring to improve your editing skills, here are the 10 best Fortnite Edit Course codes that can help you in no time, listed in alphabetical order.

All in One Edit Practicing

All in One Edit Practicing blows us away with all of its features, truly being what it advertises. Set in an expansive mansion, players can take halls that lead to several types of editing modes. For instance, the code features a Combat mode where players must edit tens of builds to get to enemies that fire back at them. Its best offerings are the map’s timed trials levels. Available in all difficulties, players must edit structures to rush to the end of levels before their respective clock runs out.

Possibly the most absurd, Candooks 10 in 1 Edit Course should be recognized for its unimaginably tough editing levels. It does hold a beginner course, but you can expect there to be a sharp rise in difficulty shortly after. That is because it comes packaged with “God Course” and “Impossible Course” stages, each tasking you to edit or destroy hundreds of structures in less than five minutes. Luckily, it does lend dozens of Legendary weapons for those who many need a helping hand.

Edit and Aim Parkour is less for beginners than it is for players who want to learn the advanced strategies of editing. The code will send you into one linear hallway where you must edit builds in order to make it to the distant exit. The catch: some builds will have vicious enemies behind them, so you’ll need to edit builds in order to gain cover. You won’t have unlimited health, either, but it does hold a practice arena for players wanting to warm up beforehand.

There is an endless supply of multiplayer Edit Course maps, but there’s not one molded like Edit Course Duo. Instead of fighting your friends, you will need to race them to the end of the map’s maze by editing the structures in front of you. However, each part of the maze holds paths that go in almost every direction, raising the chance of players ending up at a dead end. The map becomes even more complicated when players run into portals which either send them back to the spawn area or closer to the finish line.

If we were ranking the best Creative codes ever, Edit Wars 2.0 would easily make that list — as simple as it is. The creation is just three layers of platforms made of wood that rest above a massive pit of lava. Thus, it will have players fight each other with only their editing skills as their weapon to trap opponents and have them fall into the lava. As if that wasn’t genius enough, competitors who play 10 consecutive rounds of Edit Wars 2.0 can earn up to 100,000 XP toward their Battle Pass levels.

Argued as the hardest Edit Course code in Creative mode, the Jordystorm Edit Course may just be the map that makes you the best editor out of all your friends. It is a narrow tunnel with countless wooden builds to edit, each one being just inches apart from the next. This includes structures that are the slowest to alter, too, including ramps and fences. Previous record times for Jordystorm Edit Course have come in at around four minutes, but most are likely to spend at least half an hour completing this challenge.

Sometimes, players may simply want to hone their building skills within an open vista that holds limitless materials. Max FPS Solo Build Map fills this desire with its empty green plains that stretch hundreds of meters. Better yet, those hopping into the creation will find there is no time or build limit. It even wisely features consumable peppers that boost players’ movement, ultimately training them to build and edit at a fast pace. However, if you do want to duke it out with a friend, there are Legendary shotguns sprinkled all around the map.

Fans of levels that only consist of editing should head to Raider’s Piece Control Practice Map. Unlike all others on this list, it bears a mind-boggling 16 different editing stages with enemies spread throughout each. But, you shouldn’t expect to jump into any combat. These stages are only meant to teach you how to avoid gunfire through editing and building, so damage cannot be done to either you or the AI.

Ultimate Warmup and Practice Map provides a wealth of different building and editing stages that mainly cater to advanced players. Although most levels deal with editing builds straight ahead to move forward, there is one lengthy stage that tasks players to build and edit upward to make it out of a 50-floor building. The code even includes multiplayer components through various 1v1 Aim Duel and Build Fight modes.

In most situations in Fortnite’s Battle Royale modes, you will need to edit structures in order to create the perfect shooting angle in close-quarter areas. Creative map Wall Wars will essentially teach you how this strategy works by pitting you against one other player. To make the competition even more interesting, it is set inside of a small hut about four structures long. Though, its weapon selection is fairly limited, as you will only have a Rare Assault Rifle and Legendary Pump Shotgun in your inventory.