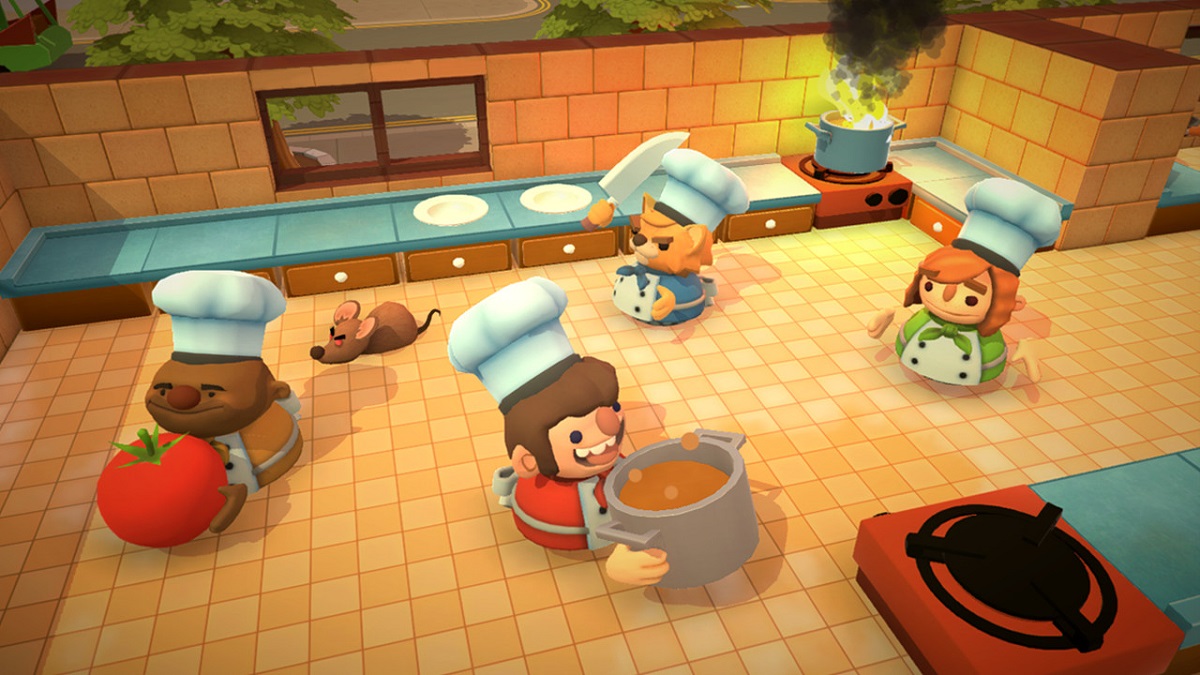 The Jackbox Party Pack games are always a sure-fire hit among friends and family during fun occasions throughout the year. With everyone owning a phone — including the grandparents most likely — every family member or friend can join in on the fun. These packs have an immense amount of variety from word games, to trivia, to who’s the best artist, to even who’s the funniest out of your group.

Jackbox Games manages to change up the typical games everyone plays around the holidays and make them fresh again. For example, Drawful has you draw specific prompts to your phone and then everyone has to guess what it is. The twist to this Pictionary style classic is that you have to come up with convincing lies to the drawing that have been offered. If you fool your friends and family, you’ll get points for it. Meanwhile, another drawing game has you try to come up with the best shirt design, and at the end, you can actually order one for yourself. Do some research and pick up the best Jackbox Party Pack for you.

This game has been a yearly tradition for many households around the world, as dancing is the best way to get rid of those roast dinner calories. You may have an older version of the game but you should pick up this year’s iteration. It has a stellar list of songs that will appeal to many, like “Last Friday Night (T.G.I.F.)” by Katy Perry, “Funk” by Meghan Trainor, and “Mood” by 24kGoldn Ft. iann dior. It also has fantastic choreography and cinematics to boot. Most dances are easy to follow, but there are also songs for the intense players out there like “POP/STARS” by K/DA, Madison Beer, (G)I-DLE Ft. Jaira Burns.

Mario Kart 8 Deluxe is the best-selling Nintendo Switch game for a reason as it provides gameplay that anyone can pick up and play alongside some stunning visuals. Each track is thrilling to explore and play on as they provide twists and turns to the Mario Kart formula. The orchestral soundtrack will also sweep you off your feet. All the DLC from the original Wii U release is in the game too, such as the tracks based on The Legend of Zelda, Splatoon, Splatoon, and F-Zero franchises. You can even play as Link, the Inklings, and Isabelle if you’d like. Just mind the blue shells while you’re in first place.

Ever wanted to go back in time and play the classic Mario Party games on the Nintendo 64? Well, many of those mini-games you know and love are back in this new iteration of the game. Some of the boards from the first few Mario Party games have been lovingly recreated for this experience, and with that HD Mario art style, they look amazing. In addition to its classic offline four-player, it also features full online support so you can play with your friends and family from around the world as well.

The Overcooked series is a great pick for your next meeting with friends and family as it requires you to work as a team. You are in a busy kitchen, trying to prepare meals and serve them to the guests of your restaurant. As a group, you have to coordinate who does what and communicate whenever a part of the meal is ready. It can be challenging, but once it all comes together, it feels amazing. Overcooked also switches up the formula with ever-changing levels like traversing through ice to reach from one place to another. It’s like Dinner: Impossible and the whacky worlds of a Mario game had a baby.

This underrated gem deserves some quality time during your parties. Oozing with colorful flair, Rainbow is a fast-paced platformer that will challenge you to get from one end of a challenging level to the other. It throws in all sorts of obstacles along the way as the level keeps throwing off your expectations. The energy is infectious as you pull off daring jumps to be the victor among your friends. While this is happening, hype-filled music by Dan Rodrigues and Dave Proctor pumps up the players.

Ultimate Chicken Horse is a hilarious platformer that has you try to make it to the end while encountering some ridiculous traps along the way. As each turn passes in this party game, you must set your own traps that you think you can get past while your opponent cannot. This can lead to some ridiculous situations. For example, you can set up a swinging saw but stick it to a conveyer belt with honey. This can be a hard obstacle to get around and by the end of the game, it can turn into absolute chaos. Plenty of laughs will be made throughout the house with this amusing blast of platforming fun.