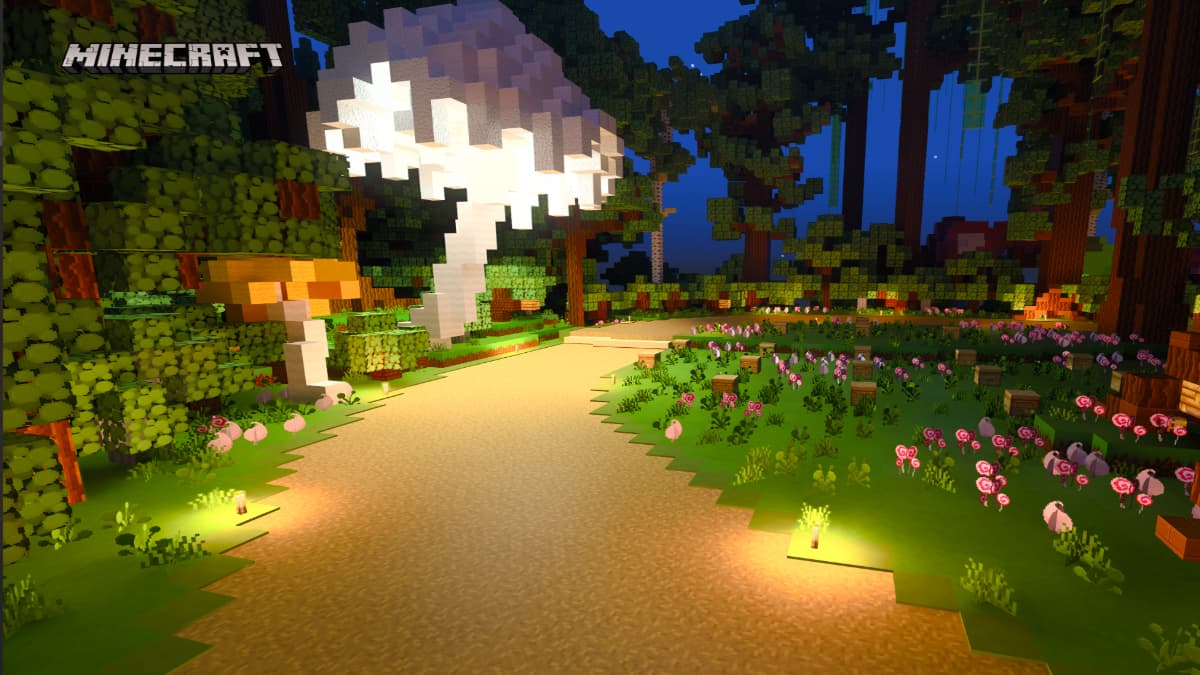 Minecraft is well-known for its simple, cartoonish pixel graphics and sharp block edges, with its players coming to recognize the simplicity of its art style as iconic. Though sometimes, players will want to mix it up and bring realistic graphics to Minecraft, replacing the flat lighting and low-resolution textures of the default texture pack with something more visually appealing. Keep in mind, however, that many of the more graphically-intensive texture packs included in this list will often prove more resource-intensive on the player’s system, at least where higher-resolution textures or additional shaders get involved.

Amberstone is the quintessential realism texture pack for Minecraft. Featuring premium texture models, it offers over 700 unique 3D models that noticeably break up the cubic monotony of Minecraft’s block-centric world.

Its advancements to graphical quality come at a cost of increased hardware resource usage, with performance often worsening on weaker systems as a result. However, if gifted with a later-generation graphics card, this pack is one that players cannot miss.

A high definition texture pack that aims to stay true to the vanilla Minecraft experience, CemreK Realistic is capable of x256 resolution, offering 16 times the graphical detail of the game’s default textures.

Another CemreK creation, CMR Extreme Realistic is a more toned down texture pack compared to Minecraft’s default texture pack. It comes with 256x resolution and provides stunning realistic visuals, especially when combined with TME Shaders or the Seus Shader.

Epic Adventures is a texture pack that stays true to the original game, updating the original look of Minecraft to make its recognizable textures look more realistic. It doesn’t try to replace every texture in the game but instead updates the vanilla textures. This creates a default realistic Minecraft experience for players to enjoy.

The third CemreK project to make this list, Hera Ultra focuses on the small details, implementing elements of photorealism to give Minecraft a more lifelike feel. The texture pack supports 256x resolution, owing to its picture-perfect detail.

As a particularly high-definition texture pack, Mainly Photo Realism supports resolutions all the way up to 1024x. At this texture resolution, players will need a minimum GPU of least a GTX 1080 or higher to run this pack at the highest settings. Alternatively, players can downscale the texture resolution to as low as 128x, making this pack ideal for anyone with a weak PC.

ModernArch R makes substantial use of 3D modeling to cut down on Minecraft’s inherent blockiness and provide its own unique, realistic look. This texture pack utilizes a dark color palette to bring high-quality textures to the player. It offers up to 1024x resolution, and unlike most packs, it uses bump mapping.