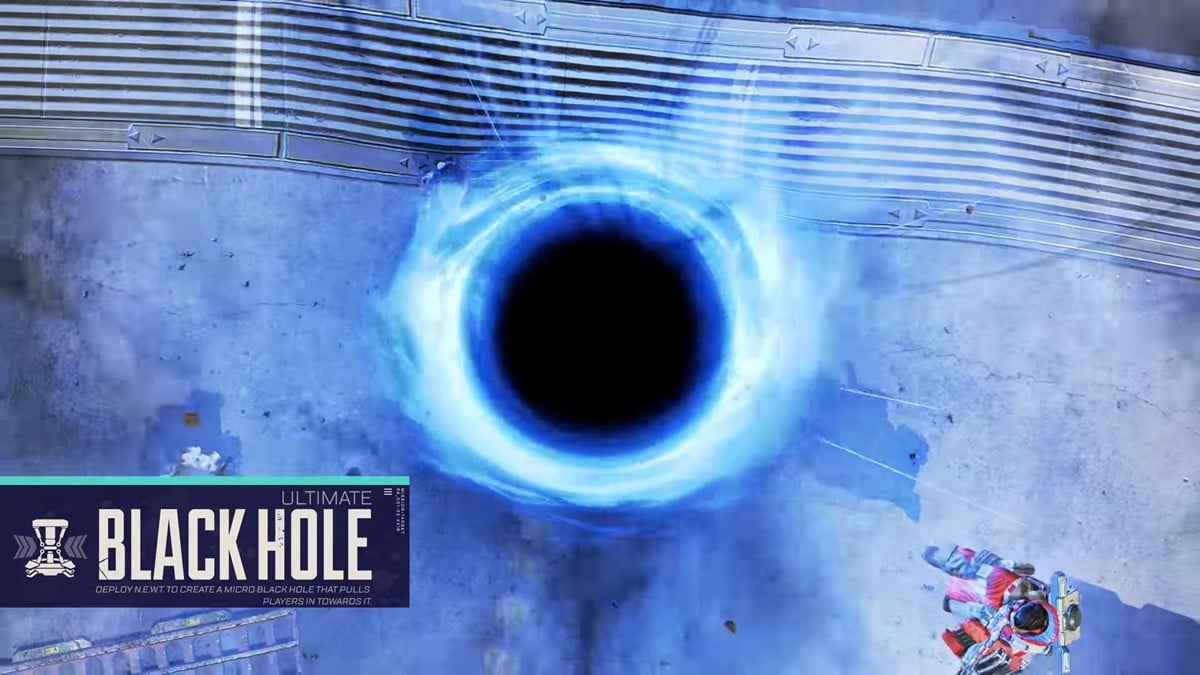 With Olympus being such a different map than any other seen in Apex Legends before it, the strategies one might use to get the win are different too. To take advantage of these new playstyles, here are some tips and tricks about the best Ultimate abilities to use on the map, and awesome ways to utilize them. Here are the eight best Ultimate abilities to use on Olympus.

This one is obvious. The Legend that came with the release of the map has abilities well suited to the map. Using Horizon’s Black Hole to prevent the escape of damaged enemies at choke points or doorways is a perfect utilization. Try using it at the exits to the Central Turbine, or outside the door of a building in Oasis or Bonzai Plaza.

Wraith’s Rift is a fun one, because you can play it on the support side, or the offensive side. Support-wise, it great to get your teammates out of a sticky situation, or just to place down while your teammates keep looting in high-tier locations like Reverie Lounge. Offensively, you can end a portal while jumping over one the map’s many holes at the corner, and enemy who try to follow you will drop their deaths.

It is much more common on Olympus for the final few rings to be pretty desolate or not fall on a POI. Towards end game if you don’t have the perfect gear set-up, or have a recently respawned teammate who could use some spiffing up, Lifeline’s Care Package can come in clutch. Just beware the attention is may bring to you and your team, try to find some cover before calling it if you can.

Related: Best weapons to use on Olympus in Apex Legends

Like Lifeline’s ultimate, Loba’s Black Market Boutique can also be useful in late game, but is honestly useful at any major POI with a lot of action. Due to the fact the that POIs on Olympus are a little more condensed, and a lot of verticality, her Ultimate covers a lot of space. This is useful both for looting unlooted locations, but also for looting from death boxes after, or even during battles that happening entirely within her radius.

There is a lot of open space on Olympus between Points of Interest, and while a Trident can cover that ground, a hefty alternative to the hovercraft is Pathfinder’s Zipline. This will allow the team to get from one place to another without being slow-moving targets. One of the best areas to use it is from Research Basin down to Hammond Labs.

Olympus’ set-up helps put the death in Death Totem. Revenant’s ability is extremely useful on this map due to the fact that there are so many high places or hidden nooks where you can place the totem and jump out or down and surprise an enemy team. Getting attacked by a squad where all three are in shadow mode can be brutal, especially if the location let’s those who teleported back to the totem can get right back into the fray.

Sheila’s gone mobile. And no, we don’t mean the Crypto drone glitch. Sheila is extra useful on Olympus because she can be placed on the back of a Trident vehicle. This gives a team some heavy firepower on their vehicle, as well as ending the notion that Rampart’ ultimate is confined to a single location. Though there are also some pretty good locations for a stationary Sheila, like Docks and Hydroponics.

This one is the most straight-forward: you can use it often, takes advantage of the map’s verticality, helps get downed teammates away from danger, and can even be used to propel Octane or others into the fight, catching an enemy squad by surprise, be it on a building from behind or over a gap in the map. Though that second one is a little risky: jumper beware.

Overall, these are the best Ultimate abilities to utilize on Olympus as a map. Honorable mention to Beast of the Hunt (Bloodhound), as his ability is extremely useful on the map to the individual user that’s playing them, but doesn’t offer enough to the team as a whole to make the list.