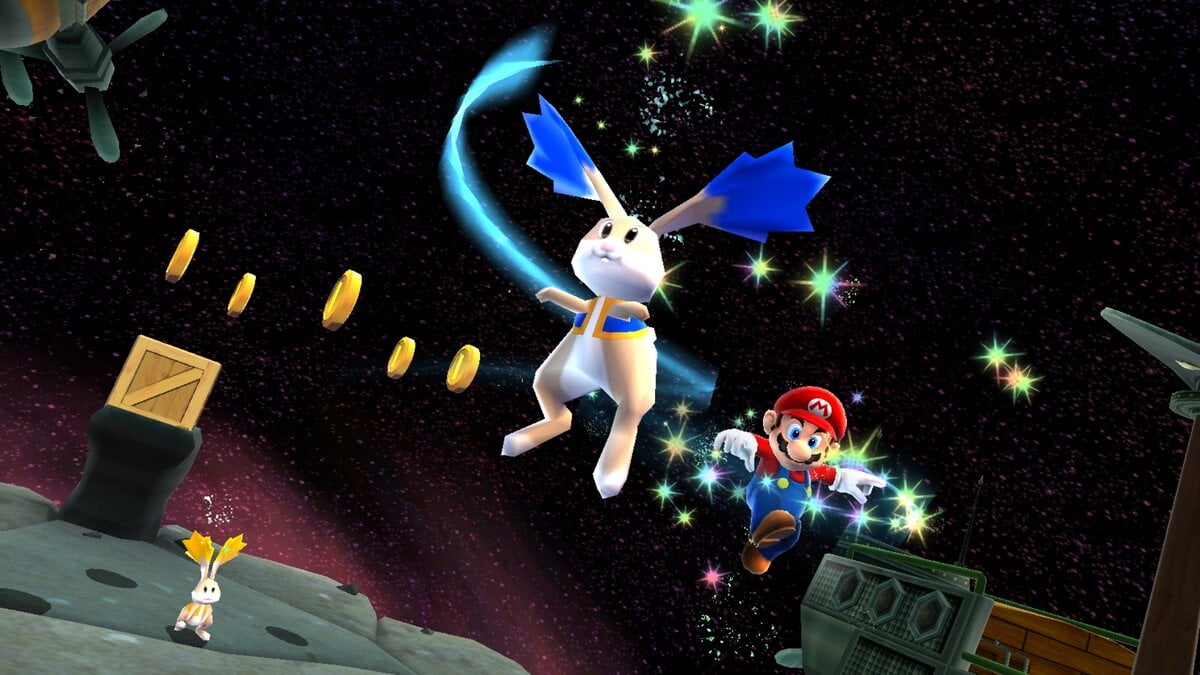 Bringing Wii games to the Nintendo Switch offers an interesting challenge, as a number of those games utilize motion and pointer controls. As Wii game Super Mario Galaxy is a part of the Super Mario 3D All-Stars collection, questions are arising over how the waggle-happy title will be playable in handheld mode on the Switch. And as handheld mode is the only option for Nintendo Switch Lite owners, they may be running into a compatibility problem.

The fact that motion controls are optional was buried in Nintendo UK’s website, and hands-on time with the game revealed that gestures can be accomplished with a press of Y or X instead. So for the most part, expect Super Mario Galaxy to be playable on the Nintendo Switch Lite. However, there is the case of collecting Star Bits in Galaxy, which in the Wii version of the game, was through pointing the Wii Remote’s infrared pointer at the screen and hovering a cursor over Star Bits. This will be possible on the Lite with the touch screen.

Super Mario Galaxy had “Co-Star Mode,” a cooperative experience where a second player can help out by collecting Star Bits, activate Mario’s Spin, or halt and distract enemies with the cursor. The official Nintendo website states that Co-Star Mode will be in the Super Mario 3D All-Stars release of Galaxy. However, the website adds: “If playing on Nintendo Switch Lite, detached Joy-Con controllers are required and sold separately.”

So if you really want to play cooperatively on a Nintendo Switch Lite, what you’ll have to do is set your console standing up and have both players huddled around a tiny screen while holding your Joy-Con controllers up to it. Or you can play on your Lite in its usual handheld fashion and have your friend hover over your shoulder pointing a Joy-Con at the screen. Completely impractical, but totally possible.