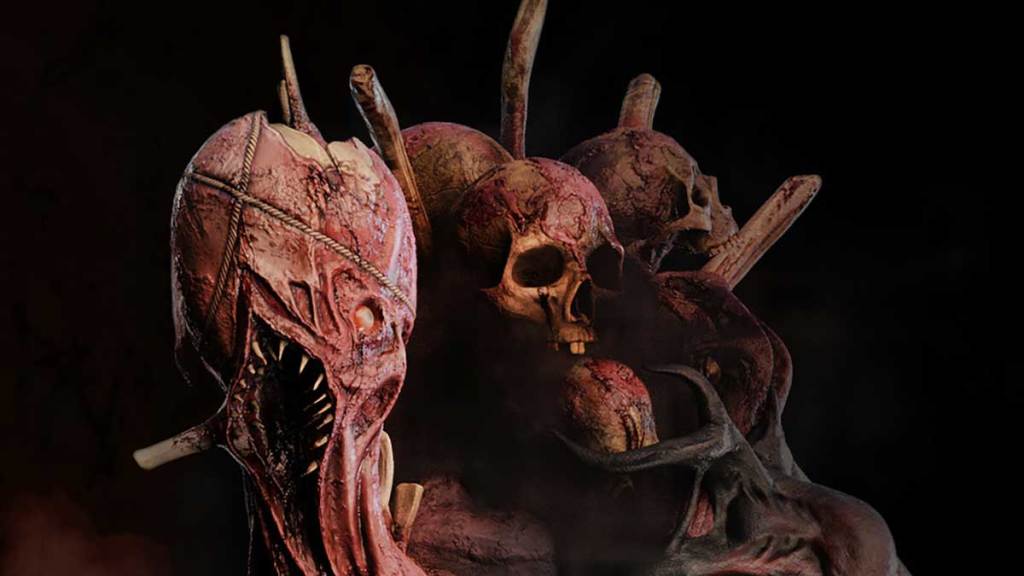 Dead by Daylight has been out for six years, bringing terror to millions of players around the world. Now, just after the launch of Chapter 24: Roots of Dread, developer Behaviour Interactive has revealed the Dead by Daylight year 7 roadmap, hinting at all the content coming to the game before May 2023.

Every update coming to Dead by Daylight in year 7

Below we’ve listed all the content that Behaviour Interactive has confirmed is coming to Dead by Daylight over the next year. All the updates are listed in date order moving through the game’s seventh year.

Dead by Daylight Chapter 24 is out at the time of writing. It’s the latest update for the game and brings with it a new Killer, The Dredge, and a new Survivor, Haddie Kaur. Both are easily the most interesting Killer and Survivor combination in the game, mixing up every match and making the game feel fresh.

For the Dead by Daylight 6th Anniversary event, Behaviour Interactive will launch a special in-game event. The event begins on June 16, but we don’t know anything more about it at the time of writing. However, the event will likely reward players with exclusive items that won’t be available again as a way to celebrate another year of the game’s success.

In July 2022, a new Tome will be made available for players to work through. This will be packed with lore that can only be unlocked through in-game actions and progression, giving players another reason to dive into more matches.

The currently unnamed Chapter 25 for Dead by Daylight will launch sometime in August 2022. As with most previous Chapters, this one will almost certainly add a new Killer and Survivor combination, though it could also pack in more with a map or new items.

The thirteenth Tome for Dead by Daylight will launch in October 2022. Since Tome’s act more like seasons with lore as unlockables, it probably won’t cause a massive stir in the community but will give lore buffs something new to dig into.

While Behaviour Interactive hasn’t confirmed what the in-game event in Dead by Daylight will relate to between October to November this year, it’s not hard to work out. There’s always an excellent spooky event themed around Halloween at about this time of year in the game, so that’s almost certainly what this is.

Toward the end of the game’s Halloween event, a new Chapter for Dead by Daylight will drop. As with most big updates, Chapter 26 will bring a new Killer and Survivor to the game, though whether it also packs in a new map remains to be seen.

The last event in Dead by Daylight for 2022 takes place in December, meaning it’s almost certainly a Christmas event. Behaviour Interactive likes to make a big deal of Christmas in Dead by Daylight, so we can and should expect something huge to celebrate the end of the year by hunting down and sacrificing Survivors.

The fourteenth Tome for Dead by Daylight launches in January next year. This is a great way to kick off the new year with loads of reading to catch up on and a plethora of lore to flesh out more of the Dead by Daylight world with.

Around the start of every year, Behaviour Interactive holds a Lunar New Year event in Dead by Daylight. This will be a way for players to celebrate the new year in a slightly different way over the course of one or two weeks, with unique rewards specific to this event.

Chapter 27 will be the last chapter of Dead by Daylight’s seventh year. It’ll bring a new Killer and Survivor to the game ahead of the 7th Anniversary event, which will mark the start of the eighth year for Dead by Daylight. Hopefully, a new roadmap won’t be far behind.

The last Tome of year 7 launches in March 2023. This will be the last lore dump for players to dig into in this year of content, meaning something brand new will be around the corner after the game’s 7th Anniversary event comes to a close.

Ongoing improvements to gameplay, balancing, and quality of life – 2022 to 2023

Throughout Dead by Daylight year 7, Behaviour Interactive will be working tirelessly in the background to improve the game with new mechanics such as bots, prestige levels, and much more. Of course, general quality of life improvements will also be made in response to player feedback, but it’s impossible to predict what these will be ahead of time.