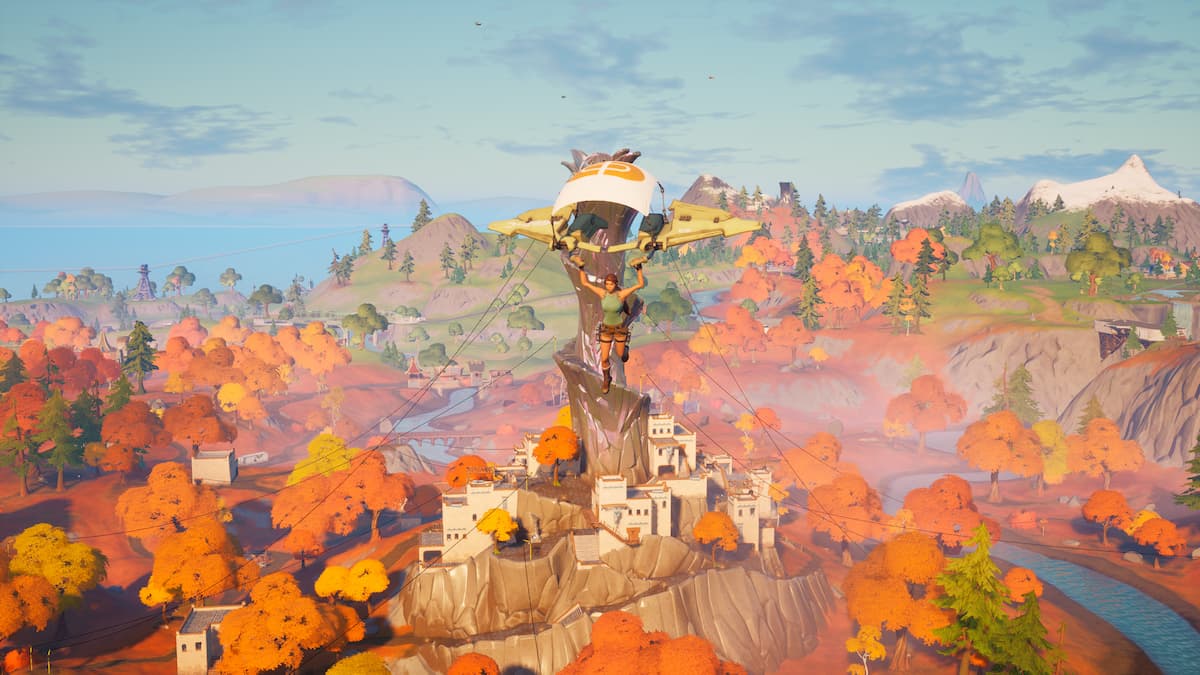 Dealing damage within 30 seconds of landing from the Battle Bu might sound like a tough challenge, but there are a couple of ways you can make this much easier. As one of the challenges for Fortnite Chapter 2 Season 6 Week 10, it is worth doing it to add another 24,000 XP to your battle pass.

The first way is to just drop in at any area that you feel will be busy. Most of the POIs tend to be quite busy at the start of the map, or any area where people will need to complete challenges like The Spire. Just follow other people down from the bus, land beside them, and then start a good old fashion harvesting tool match. If you are lucky, you can land directly on top of a weapon that has spawned as ground loot and be in a great position to dish out lots of damage. You only need to deal 150 damage in total for this challenge, which is one and a half eliminations.

The other, sneakier and somewhat more dishonorable way is to try and take advantage of an AFK player. Staying on the Battle Bus all the way to the end and then not touching the controls until you are on the ground will often result in you landing beside someone who has been called away from the game for some reason. You can then quickly bash them up with your harvest tool and score and easy 100 damage towards the challenge.

It’s not the most exciting way to do it, but sometimes you just have to lower yourself to taking advantage of a player who was called away to get thruogh these challenges as quickly as possible.

The rest of the Fortnite Chapter 2 Season 6 Week 10 challenges can be found below: