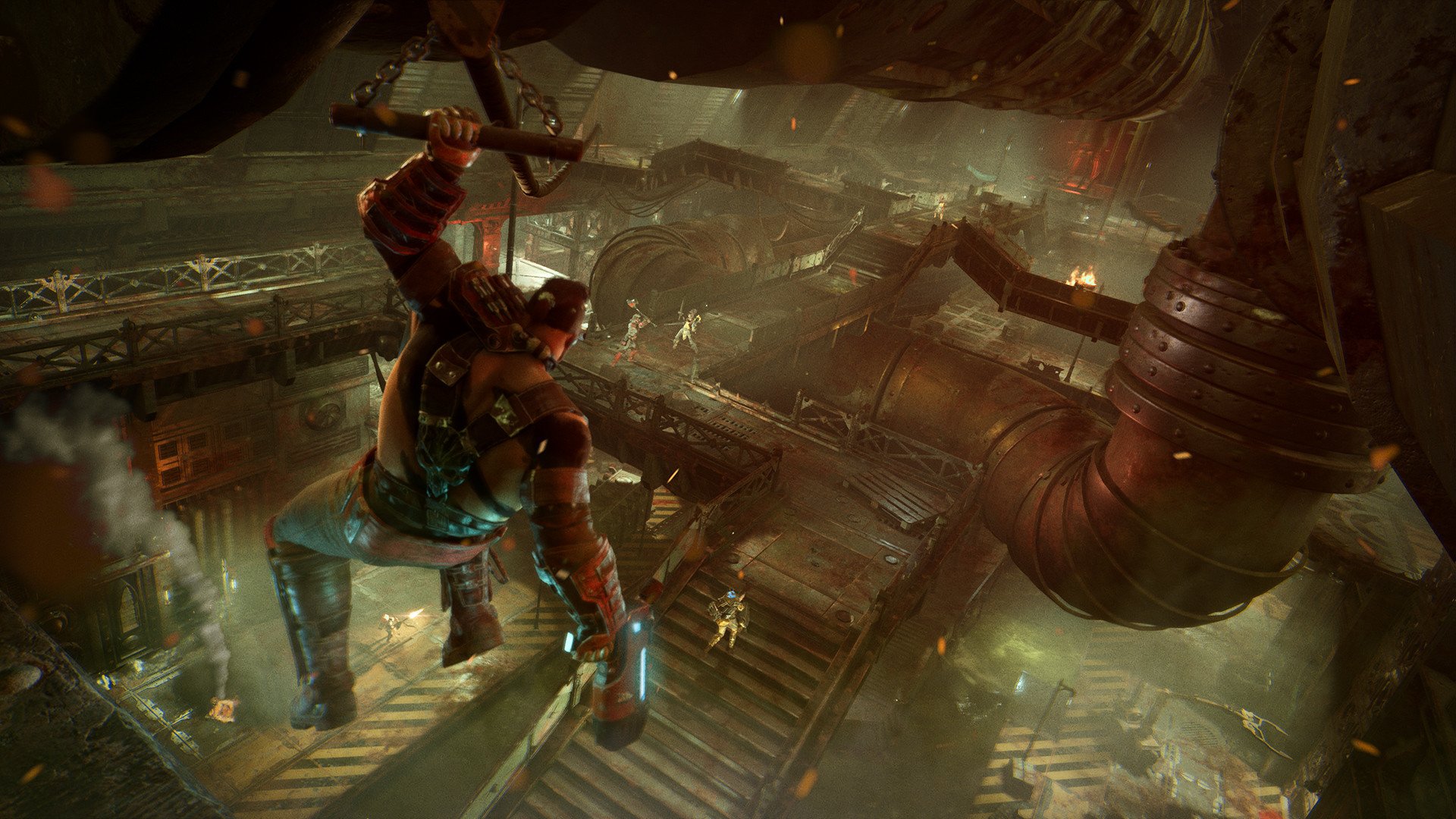 In Necromunda: Underhive Wars, developer Rogue Factor brings Game Workshop’s classic tabletop game to your video gaming device of choice. Based on the new iteration of Necromunda, the game will launch with the Orlock, Goliath, and Escher Houses, and will allow you to take on other players in brutal multiplayer combat.

The game is releasing on PlayStation 4, Xbox One, and PC, so you may be wondering if you can battle for supremacy with your friends on other platforms. Unfortunately Necromunda: Underhive Wars will not be support crossplay, so you will be confined towards fighting for turf on your own platform.

While a big draw for many players will be online tactical-strategy battles with their very own customized gangs, there is also a single-player campaign written by Andy Chambers, one of the biggest names and brightest talents in the Games Workshop world.

Battles in Necroumda: Underhive Wars take place in the massive hive cities that dot the surface of the once-great factory planet. Having pumped out all kinds of goods for the Imperium of Man, the cities have now fallen to ruin, and are firmly under the control of the violent gangs who claim them as their own. You’ll be playing as one of those gangs, trying to carve your own kingdom in the dangerous Underhive.

If you are PC player and are wondering if you will be able to run the game, you can check out the minimum and recommend specs, although we reckon most people out there should be fine.

Necromunda: Underhive Wars will release on Steam, PlayStation 4, and Xbox One on September 7/September 8, depending on where in the world you happen to live.