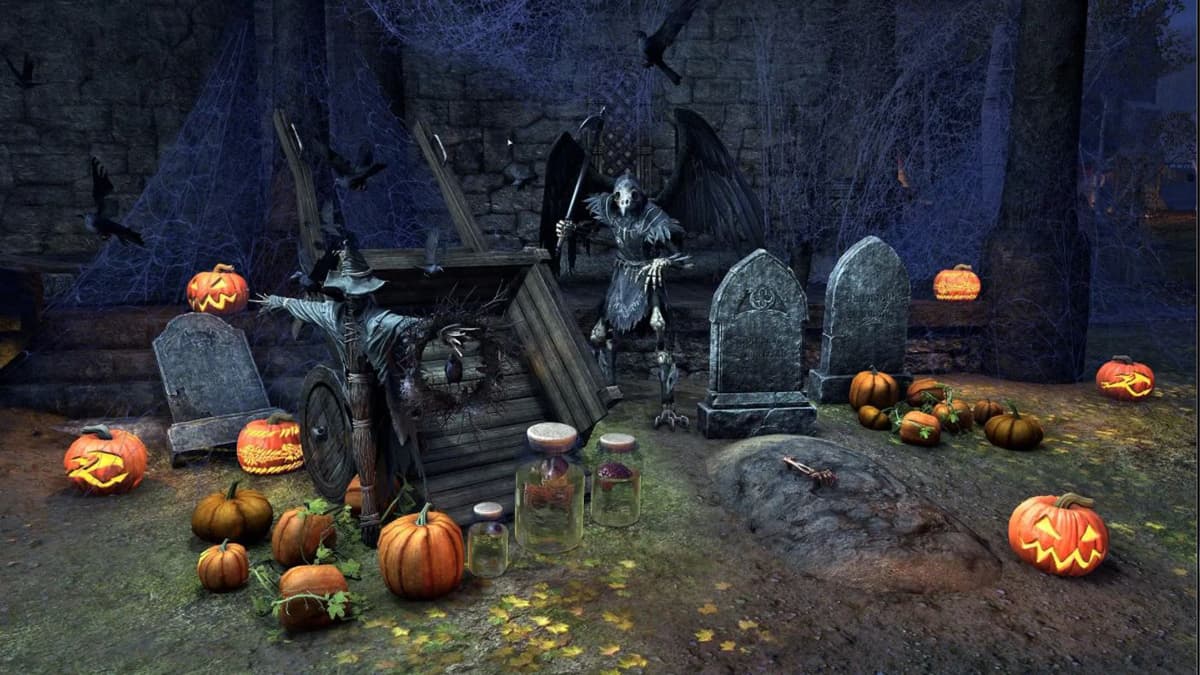 In honor of Halloween, the Witches Festival is going on in the Elder Scrolls Online. During the festivities, players can earn spooky rewards for their homes, learn new emotes, and take part in a daily quest to collect features and kill a horrific creature. Called Plucking the Crow, the quest is pretty straightforward but can be frustrating to know where to begin.

How to Start the Quest

Plunder Skulls are looted from bosses found throughout Tamriel. The easiest area to farm them is by killing Delve bosses. We’ve got a more detailed guide on where to locate Plunder Skulls here. There are two types of Plunder Skulls: Dremora are golden, and regular are purple. Dremora Plunder Skulls can only be found once per day after defeating the first unique type of boss.

You’re better off focusing your attention on Delve bosses as they will be easier to get to. Once you kill a boss, you can either wait for them to respawn after four to five minutes or find another Delve. Once a boss is defeated, they will drop a Plunder Skull with a few Cursed Feathers inside. Plunder Skulls have a chance to drop more than a dozen feathers at a time but can contain less. However, Dremora Plunder Skulls tend to drop more feathers.

Create and Burn the Effigy

Once you have all 50 Cursed Feathers, head back to Olyve’s Brewery and head to one of the crafting tables. Select it to craft the effigy of the Crowborne Horror, then speak with Witchmother Taerma. She’ll ask you to burn the effigy at one of the braziers to fill it with enough energy to open a portal to the Garden of Shadows. Afterward, stand in front of one of the stone pillars and activate the portal.

The gateway will take you to the Garden of Shadows, where the group boss Crowborne Horror is waiting. Gather a party of other players before heading inside to help you defeat the crow. Once you clip the crow’s wings, return to Witchmother Taerma to turn in the quest and collect your reward.