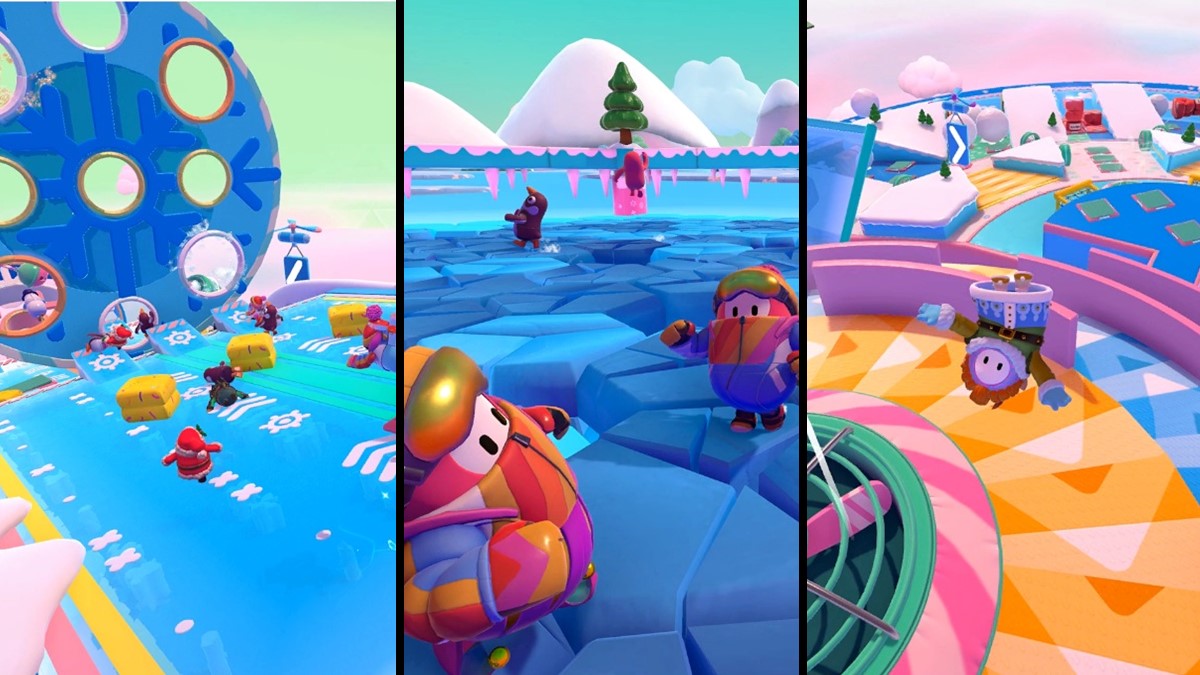 The new Fall Guys season is full of new cosmetics, a rank system, and even a new DLC pack. That said, the biggest change this holiday season has brought to the game is seven brand-new round games: including two new final rounds.

You can guarantee only playing them in the Winter Knockout limited-time show, but the modes are also already mixed into the Main Show.

Like Knight Fever, Tundra Run is a first-round tier race game built to show off a plethora of the new obstacles while not having that intense of a learning curve.

While this mode is categorized as a race, it’s really more of a hunt. This mid-round game has you running down a hill and jumping through three different hoop tiers: Bronze, Silver, and Gold.

Originally created to be a final round, this mid-round game has players racing to the peak of a treacherous, snowy mountain while avoiding rolling snowballs.

Snowy Scrap is one of the new team games this season and has elements rather reminiscent of Katamari Damacy. Roll up snow with your team to get the eventually candy-covered ball to maximum size.

Penguin Pursuit is the other team game joining the Round Game line-up in Season 3. Pick up Bert and his little Penguin friends to earn points for your team.

In this game reminiscent of Hex-A-Gone, three layers of thick and cracking icy hexagonal tiles stand between you and untimely, slimy death. The last bean standing takes the crown.

This final round variant of Roll Out takes survival to a new level and new speed. Be the last one alive on two spinning cylinders turning in the opposite direction to win your crown.

So, do you have a favorite new game? Are you more interested in races, team games, or final rounds? We have to say, we are a pretty big fan of Freezy Peak… just watch out for those punching gloves!