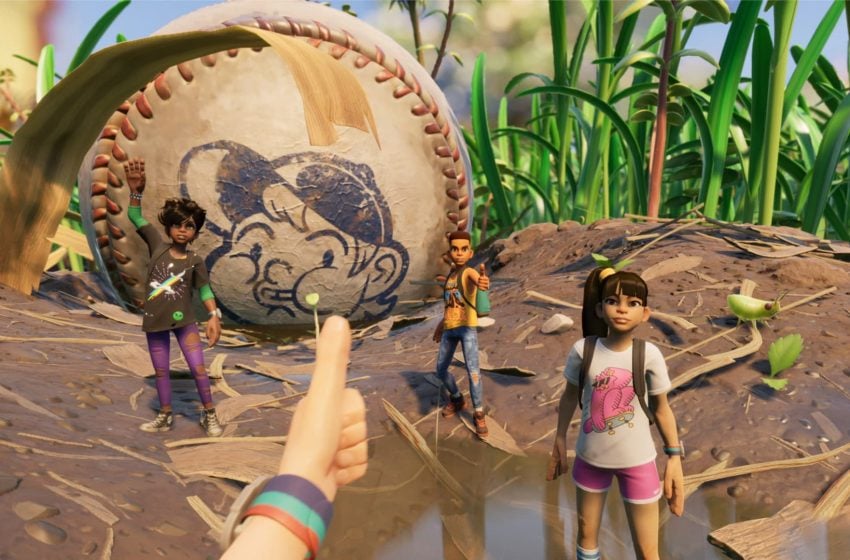 Following its reveal at X019 in London, Obsidian’s upcoming survival game Grounded is launching in Steam Early Access and Xbox Game Preview this summer ahead of its full release. Grounded is a much different game from what players have come to expect from Obsidian, which is best known for its epic RPGs. It’s also the first new IP to come out of Obsidian since Microsoft acquired the studio in 2018. While there’s still a lot that Obsidian hasn’t revealed about Grounded, the game’s Steam page sheds some light on what players can expect, and a summer early access launch will give players their first hands-on time with the game.

What is Obsidian’s Grounded?

In the simplest terms, Grounded is a one-to-four-player co-op survival game that’s playable either from a first-person or third-person perspective. Players will have to gather resources, then use them to create shelter, gear, and food to survive. The reveal trailer for Grounded showed off a building system that looks very similar to the one found in Fortnite.

What makes Grounded more impressive is its setting. In Grounded, you play as a miniaturized character shrunk down to the size of an insect, like in Honey, I Shrunk the Kids. Rather than trying to survive in a deserted wasteland or an alien planet like in many survival games, you’ll fight your way through an ordinary backyard from a whole new perspective.

Obsidian also revealed a campaign mode for Grounded during an Inside Xbox presentation that announced its early access date. In Grounded‘s campaign, players will play through a story that explores how they were shrunk in the first place and chronicles their attempts to both return to normal size and uncover what looks like a very peculiar science experiment going on in their backyard. It should also serve as an introduction to how the game works before players jump into multiplayer. However, players will be able to play with friends right from the beginning and don’t need to reach a certain point in the story to unlock multiplayer.

When will Grounded be available?

Grounded was first announced for a Spring 2020 release, and an undated early access period was later announced. More recently, Obsidian revealed that Grounded would enter early access this summer, on July 28. The developer hasn’t yet announced how long the game will stay in early access before its full launch, though. On the Grounded Steam page, Obsidian points out how difficult it is to pin down a release date for a game early in the process, and says that it plans to release Grounded sometime in 2021.

What features will be available in Grounded’s Early Access launch?

According to Obsidian, about 20% of Grounded’s full campaign will be available when the game enters Early Access. Crafting and base building will work in a limited capacity, with the first two tiers of weapons and armor available. Players can explore three biomes, called the grasslands, the hedge, and the haze. At least 10 different insects will be in the game, with an optional arachnophobia mode. Both singleplayer and online co-op modes will be available as soon as the game enters Early Access.

What will be added to Grounded during Early Access?

Obsidian plans to make a lot of changes to Grounded during Early Access. On top of completing the story mode, the developer will add more insects, environments, and crafting recipes. Obsidian also says it will add “additional features and updated systems to improve the entire experience,” which seems to give them a lot of room to incorporate fan feedback before the full release of Grounded.

What platforms will Grounded be available on?

Grounded is set to be released on PC and Xbox One, making it the first Xbox exclusive from Obsidian after the developer’s acquisition by Microsoft in 2018. During its preview period, it will be available on both Steam Early Access and the Xbox Game Preview feature of Game Pass Ultimate. Grounded will also be part of the Xbox Game Pass on both Xbox One and PC after its release. What’s not entirely clear yet is whether the full release and preview versions will both have simultaneous launches on all platforms. The announcement of Grounded’s Steam page on Obsidian’s website says that “news regarding Grounded on the Microsoft Store and Xbox Store will be announced at a later date.”