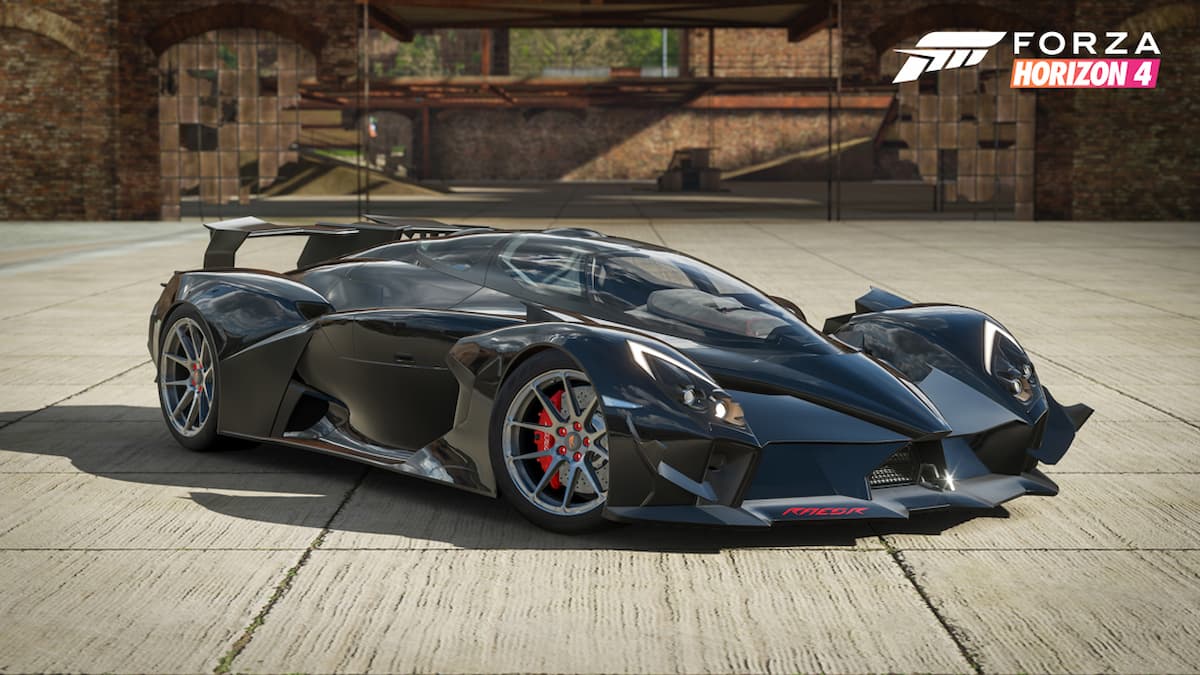 We are into the third week of Series 33 in Forza Horizon 4, and already, two new legendary cars have been added to the title. The 2019 Porsche 911 GT3 RS and Peugeot 207 S2000 have been made available to Forza players, and on March 23, a third special vehicle officially went live. Forza drivers can now unlock the 2019 RAESR Tachyon, and here’s how you can get your hands on it.

Unlike the Peugeot S2000, this car will not be made available via race reward. Instead, players will need to complete multiple events in order to get the RAESR. The reason for that is because the 2019 RAESR Tachyon can only be unlocked by hitting a cumulative season completion objective.

The RAESR Tachyon is a bonus for players who complete 50% of the events that are in the Season Playlist for the Winter season. In order to hit 50%, complete the following events:

You could mix or match, depending on what you’ve already completed. For example, you could complete PR Stunts and/or Daily Challenges to substitute for The Trial. However, completing the four bullet points listed above should get you to 50%. Make sure to complete this week’s events, including this week’s Photo Challenge.

This bonus is slated to expire on April 1.