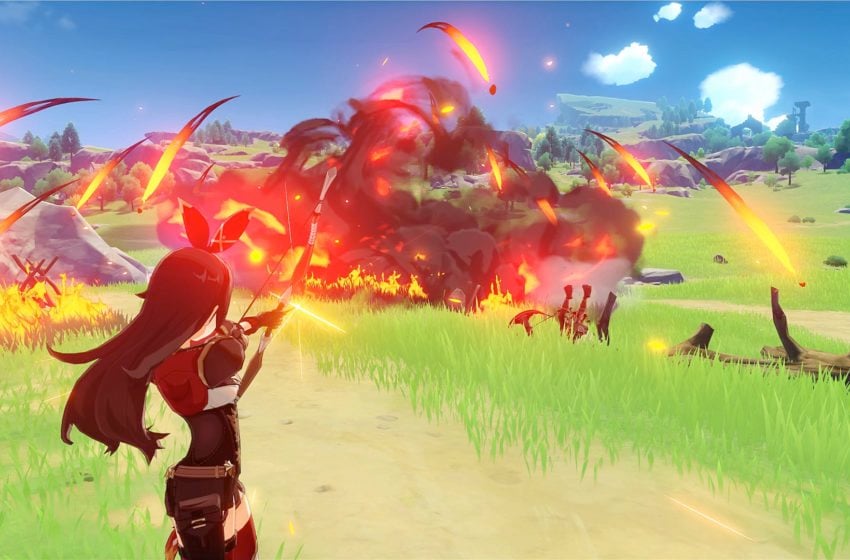 One of the things that make the Player Character unique is that they can change which element they use. Several elements are used in the game, but only two are currently available to the players with more expected to be added later. Here is a breakdown of the elements available, including their talents and elemental reactions.

Anemo is the name for the wind element in the game, has two passive abilities and three combat talents. This is the better of the two available choices in terms of combat and elemental reactions.

Palm Vortex – Also called a Wind Blade, creates a small burst of damaging air in your palm. It damages and knocks back enemies in front of you. This talent will absorb any element in comes into contact with and take on its elemental properties.

Gust Surge – This attack creates a forward-moving cyclone that pulls in and even picks up enemies in its path. The vortex will take on the properties of any element in comes in contact with to deal even more damage. The Cyclone explodes when its duration ends.

Slitting Wind – This passive ability infuses the last attack of a normal attack combo with wind energy. The final hit will deal 60% Anemo damage to any opponent in range.

Second Wind – If you kill an opponent with Palm Vortex, you will regenerate 2% health for five seconds.

Geo is the name for the Earth element in Genshin Impact. Geo talents are mainly utilitarian. They can be used to increase your defensive abilities while also inflicting some increased damage. Geo talents are also very useful for traversing Teyvat and gaining access to new areas. What is most unique about Geo is that it is more neutral than other elements, this allows it to do more damage to shields, barriers, and rock outcroppings found when exploring the world. Geo has three combat talents and two passive talents.

Geo’s signature elemental reaction is Crystallize. This reaction has two main uses, it can lower the damage output of enemies or create a shield that absorbs elemental damage. If you strike an opponent with a Geo attack, they have a chance to become crystallized and have reduced magical damage output. If you are using a shield ability like Breastplate, geo attacks can create an elemental shard that can be picked up by the shield to increase defense against elemental attacks.

Foreign Rockblade – Your normal attack allows you to perform combos of up to five consecutive strikes. Your charged attack releases two rapid strikes infused with Geo that consume stamina.

Starfell Sword – You summon a meteorite that strikes where you are aiming. The meteor strike causes an explosion and deals Geo AoE damage. The meteorite will remain for a time and can be used as a shield or be climbed on to reach new locations.

Wake of Earth – This attack causes a shockwave that knocks back nearby enemies and causes Geo damage. It also causes enemies to become Crystallized, so they deal less elemental damage. A stonewall is erected at the end of the shockwave that can be used as a shield.

Frenzied Rockslide – This passive talent deals 60% AoE Geo damage to surrounding enemies on the last attack of a combo.