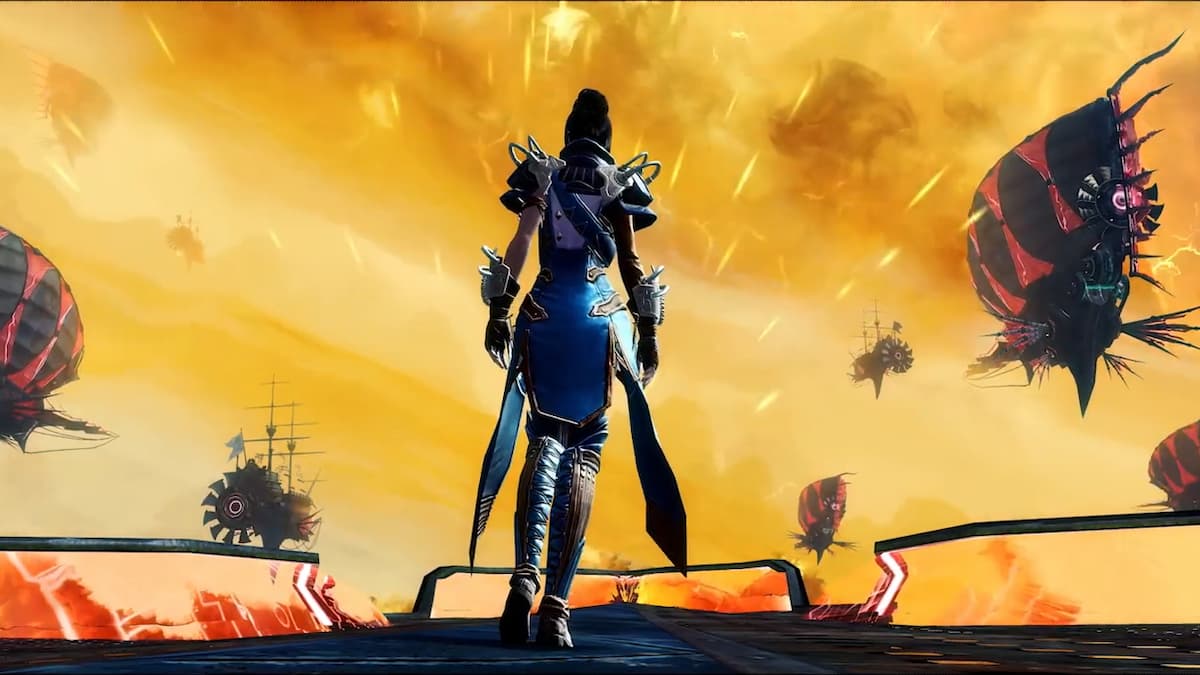 Guild Wars 2’s success with the launch of its third expansion, End of Dragons, has brought about many different changes for the game. There are many new things to do and see, but recently we’ve found out that there’s a lot more to Guild Wars 2 than the new and shiny. With the release of Flame and Frost last month, it has been a trip down memory lane for veterans of the game, and a chance to see something new for the rest.

The Devs at ArenaNet decided to re-release the Living World season 1 to players in April. Taking the previously inaccessible story that introduced the familiar faces we know today, the second chapter of the Living World season is slated to release on May 24. Titled Sky Pirates, the chapter teases images of the old Lion’s Arch, a sight many Guild Wars 2 players are unfamiliar with and, to some, a sight for sore eyes.

Alongside this new Living World chapter release, players can expect the next of the Challenge Mode Strike Missions for the End of Dragons. A player will be able to undertake their favorite End of Dragons Strikes at a much higher difficulty now and reap the benefits and rewards of completing them as a team.

The Generation 3 Legendary Weapons were all themed initially around Aurene, our favorite Scion. With the update, players can expect a new skin to be added to the Gen 3 collection. Zhaitan, the first Dragon we encounter in Guild Wars 2 and the one responsible for the catastrophe in Kaineng City and the Risen hordes, is here to say hello in the most fashionable of ways. As revealed in an earlier Dev post, players will need to have one of Aurene’s weapons unlocked before they can gain the reskinned Legendary.

Obtaining this reskin will send players on an adventure to attune their weapon to the relevant magics of the other Elder Dragons. This is excellent news for players’ wallets and time schedules, as you’ll not need to spend ages recrafting the weapons to get an alternate look at them.