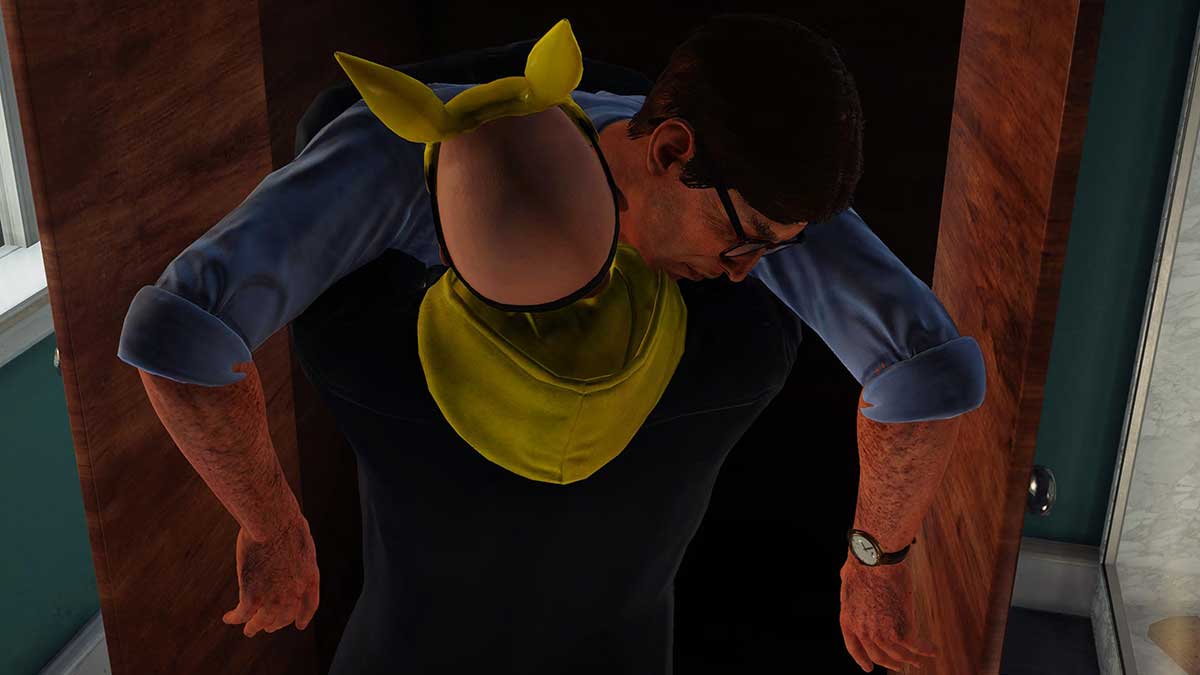 IO Interactive brought a classic Hitman 2 Elusive Target to Hitman 3 with The Serial Killer Year Two. It’s unclear what the subtle differences between this version and the first one are, but the target and setting are the same, making for one of the more intriguing Elusive Target missions. This guide explains how to complete The Serial Killer Year Two with a rank of Silent Assassin, Suit Only.

As with all Elusive Target missions, you only get one chance to attempt this. Once you start, if you quit or fail, you’ll be locked out of the mission until it comes back to Hitman 3 in the future. We recommend following our route a couple of times without killing the target before taking it on for real and going for the kill.

You don’t need anything special for this route, just a distraction, so pick your favorite equipment and bring it. We’ve opted for The Yellow Rabbit Suit and the ICA 19 Goldballer. The one item you definitely must have in your inventory is a distraction like the Coin, but you can pick this up in the mission if you’d rather bring something silly.

The target is referred to as The Censor, so your first job is to find them. If you listen to the mission briefing, you’ll know that the target likes to judge and grade those he kills. There’s a couple near the starting location for Whittleton Creek who you can eavesdrop on to learn about one such person acting this way at a part in one of the houses. You can use this information and track down the target yourself if you’d like. If not, head to the Wilson Property. See below for a map reference.

Your target will be at this party for a good chunk of time at the start of the mission, so run here quickly to catch him. He moves around between the garden and kitchen, but you can usually find him drinking at the counter in the kitchen. He’s wearing a blue shirt, glasses, and likes to degrade people.

The target will walk from the garden to the kitchen, then into the living room to watch TV. After that, he’ll walk back outside and repeat the patrol. There’s a door opposite the kitchen that leads to the bathroom. Head inside and wait for The Serial Killer to walk past it on his way to the garden. Flip a coin at the right moment to draw him in. Then, when you’ve closed the door, you can kill him.

Hide the target’s body in the wardrobe in the bathroom and then make your way to an exit. No one will discover him, so you can pick any exit you want. When you finish the mission, you’ll see that you completed The Serial Killer with a rank of Silent Assassin, Suit Only.