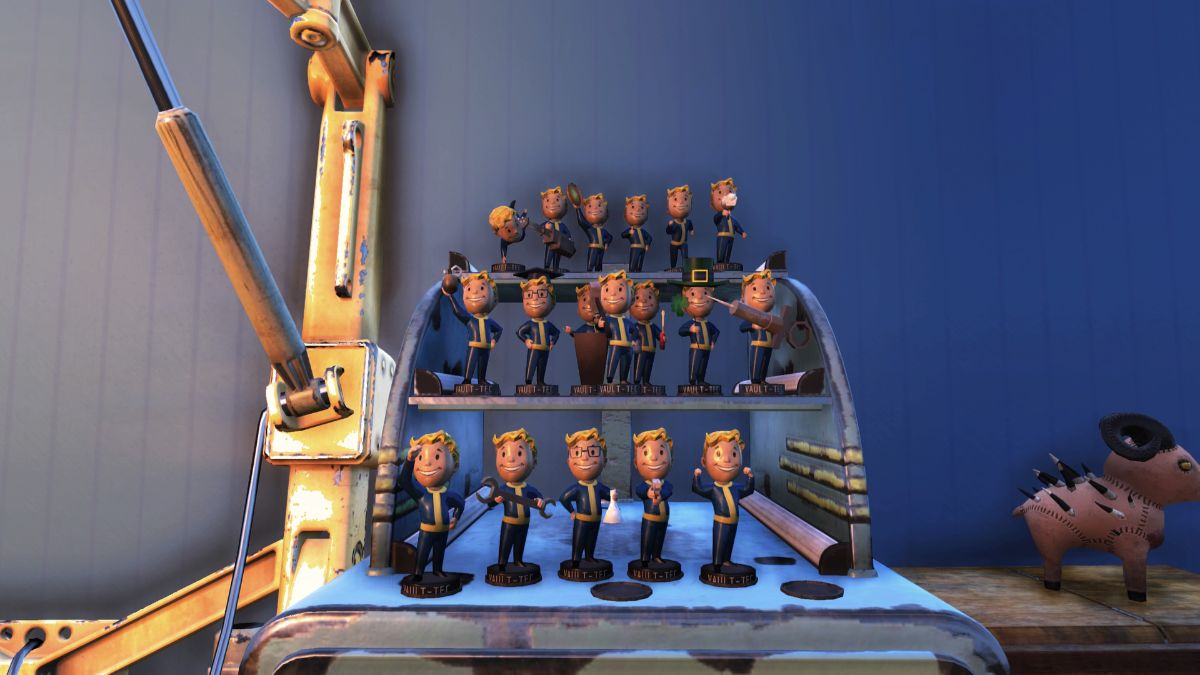 There are many different types of items in Fallout 76 that benefit your character as they travel across the wastelands of Appalachia. While you may be familiar with Stimpaks, the normal healing item, and the various drugs, you may not be familiar with Bobbleheads. These items are rare to find and are hidden across Appalachia in areas you wouldn’t normally look. Can you find the whole lot of them?

What are Bobbleheads and where do they spawn?

Introduced back in Fallout 3, Bobbleheads are an item that you can use to gain a temporary buff. Depending on which Bobbleheads you find, you will gain different buffs. There is a different Bobblehead for each aspect of your character. For example, the Small Guns Bobblehead increases the damage you deal with small guns by 20% for one hour. Once the benefit wears off, the Bobblehead is consumed and you will need to find it again to regain the benefit.

Bobbleheads can spawn in almost any area around Appalachia. Some of the best places to search for them are:

Those are just some of the various areas you can find Bobbleheads across Appalachia. Keep your eyes peeled. Each Bobblehead features the Vault Boy wearing a Vault 76 jumpsuit.

Related: How to get a backpack in Fallout 76

How to use Bobbleheads and the benefits

There are a total of 20 different Bobbleheads in Fallout 76 and each has a different effect when you use them. To use a Bobblehead, go into your inventory and scroll over to the Aid section under items. Select the Bobblehead like you would any other item to use it. You can gain the following effect from the Bobbleheads:

Getting the Curator Perk will increase the length of time that you are affected by Bobbleheads by one hour, making each Bobblehead last for two hours instead of one.