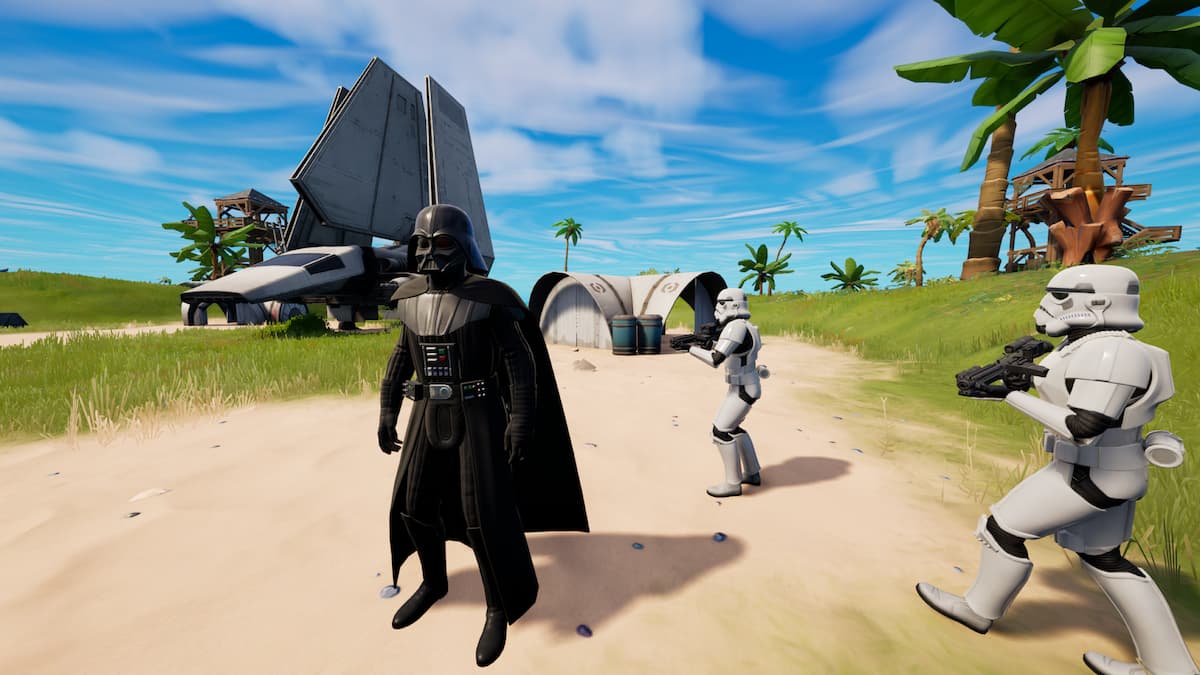 Darth Vader is a boss NPC who appears in Fortnite as part of Epic Games’ collaboration with Disney and LucasArts’ Star Wars franchise. At the start of every match you play in Chapter 3 Season 3, Darth Vader’s ship will fly past the Battle Bus and descend onto the map, landing at a random location that will be marked by a blue column of light. For the duration of the match, that landing site will be known as the Imperial Docking Bay.

If you find and defeat Darth Vader in Fortnite Chapter 3 Season 3, you can loot his lightsaber, which is an extremely powerful melee weapon. He moves pretty slowly, so he’s not difficult to hit with a gun, but he does take a lot of hits. This is because he has a lot of shields (his yellow bar) and a lot of health (his blue bar). But how much shields and health does he have exactly? Some players are estimating that he has two health bars which amount to a total of between 600 and 700 health, but that’s not exactly right. The total is actually quite a lot more.

In Fortnite, Darth Vader actually has 700 shields and 700 health, which means you have to inflict a grand total of 1,400 damage in order to eliminate him and loot his lightsaber. This is much more than you’ll need to eliminate any player, or to defeat most other Fortnite bosses. Thankfully it’s not actually that hard to beat him, and doesn’t take that long. The trick is to find one of the E-11 Blaster Rifles in the cargo crates in the shelters surrounding the Imperial Docking Bay, or else loot one from one of the Stormtroopers patrolling the Imperial Docking Bay. These rifles do a respectable 30 damage per hit and, crucially against Vader, they have infinite ammo.