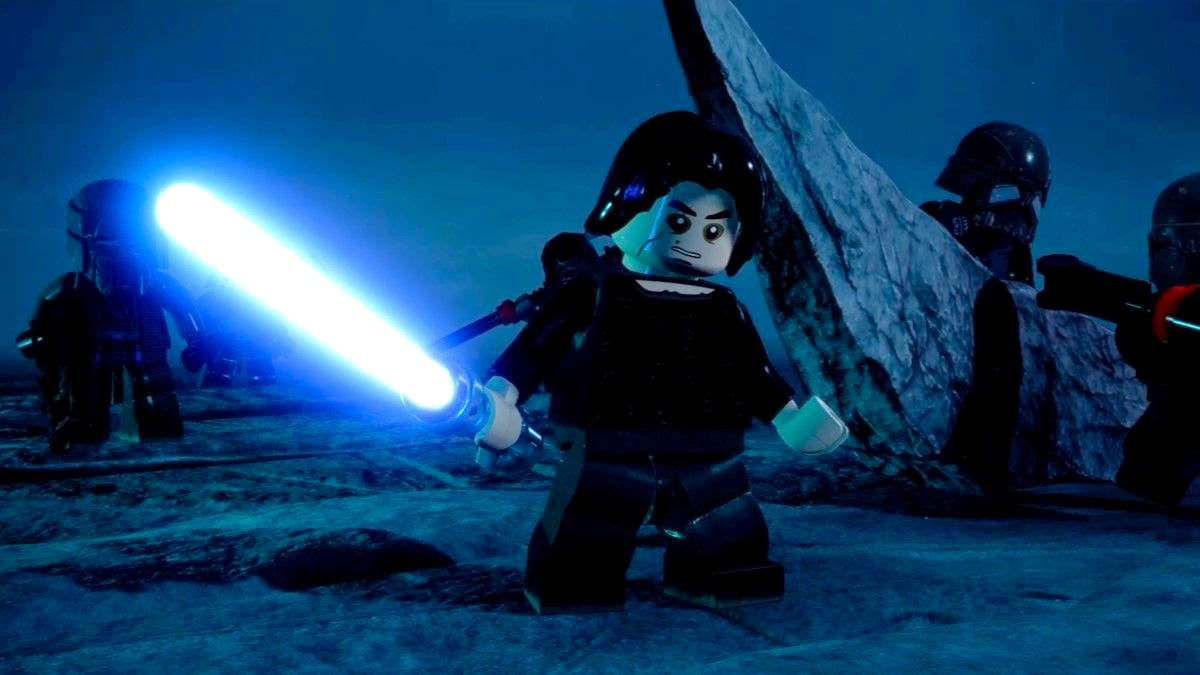 To complete all Challenges in the Be With Me level in Episode IX – The Rise of Skywalker in Lego Star Wars: The Skywalker Saga, you need to be skilled in both lightsaber dueling and Orbak riding. Plus, you need to replay the level on Free Play so that you can do what Scoundrels do best — blow stuff up.

How to complete the Shrug Challenge

To defeat the Knights of Ren as Ben Solo without dying, you first need to defeat the first two Sovereign Protectors as Rey (with or without dying), then you’ll automatically switch to Ben Solo for the fight against the first two Knights of Ren. Focus on defeating one at a time, attacking relentlessly with your lightsaber, and then backing off whenever your health is below about half. Wait until it automatically refills before engaging your enemy again. After the first two are down, the action will switch to Rey and the Sovereign Protectors again, then back to Ben Solo and the Knights of Ren. Defeat the second pair of Knights in the same way you dealt with the first and, if you don’t die during either fight, you’ll complete the Shrug Challenge.

Related: How to get all Ajan Kloss Kyber Bricks and characters in Lego Star Wars: The Skywalker Saga

How to complete the Incoming Challenge

To avoid taking any damage from the Sith TIE Fighters while riding Orbaks, you just need to keep your eyes on the ground. In the three Orbak riding sections of the Be With Me level, there will be a lot of lightning and explosions, but you can ignore most of them. All you have to look out for are the red and black striped strips on the ground because these tell you where TIE fighters are about to attack, so just avoid them all to complete the Challenge.

How to complete the Explo-Sith Challenge

To complete the Explo-Sith Challenge, you need to replay the Be With Me level in Free Play. After the first Orbak riding section, you’ll be attacked by a squad of Sith troopers. To use the environment to defeat the Sith Troopers, switch to a Scoundrel character, and aim at the machine at the left-hand end of the blue cable.