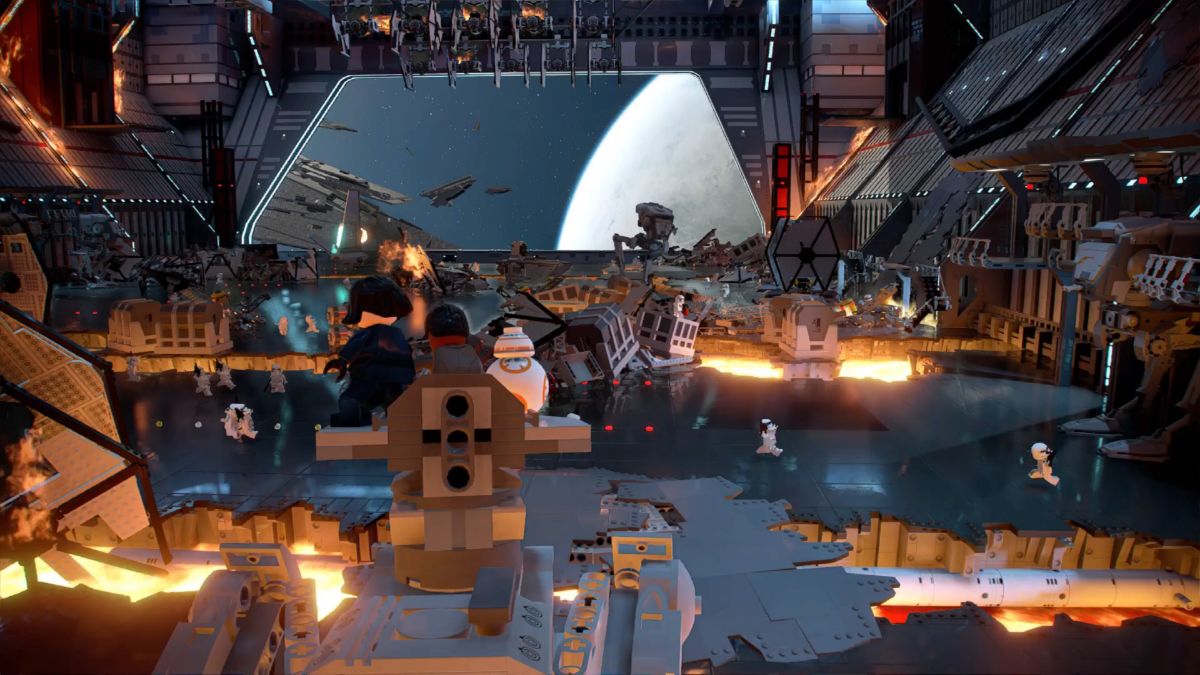 To complete the Trouble Underfoot Challenge in Lego Star Wars: The Skywalker Saga, you need to trample 10 Stormtroopers in the AT-ST during the Chrome Dome Down level in Episode VIII – The Last Jedi. On this level, Finn and Rose Tico find themselves aboard the Supremacy Mega-class Star Dreadnought as the ship comes under heavy attack from the resistance and begins breaking apart.

In the middle of the Supremacy’s burning flight deck, the pair have to battle against one of the First Order’s most notorious officers, Captain Phasma. They also have to contend with wave after wave of Stormtroopers, and a whole lot of explosions and burning wreckage. Once Captain Phasma is defeated, Finn and Rose Tico join BB-8 aboard the legs of a broken AT-ST and must reach the shuttle on the far side of the hangar in order to escape. It’s at this point in the level that you can complete the Trouble Underfoot Challenge.

Once you’re in control of the AT-ST, there’ll be Stormtroopers running all over the Supremacy’s flight deck — way more than the 10 you need in order to complete this Challenge. Just don’t be in too much of a hurry to get to the shuttle, and don’t use the AT-ST’s blaster cannons. Just get up close to the Stormtroopers and press whichever stomp button corresponds to the leg that the Stormtrooper is closest to. This will trample the Stormtrooper in a satisfying explosion of little plastic body parts. Do this ten times and you’ll complete the Trouble Underfoot Challenge.

The Trouble Underfoot Challenge is one of three Challenges in the Chrome Dome Down level, the other two being Heads Up, Chrome Dome and Phasma-tastic! Complete all three and you’ll be well on your way to getting 100% completion on this level.