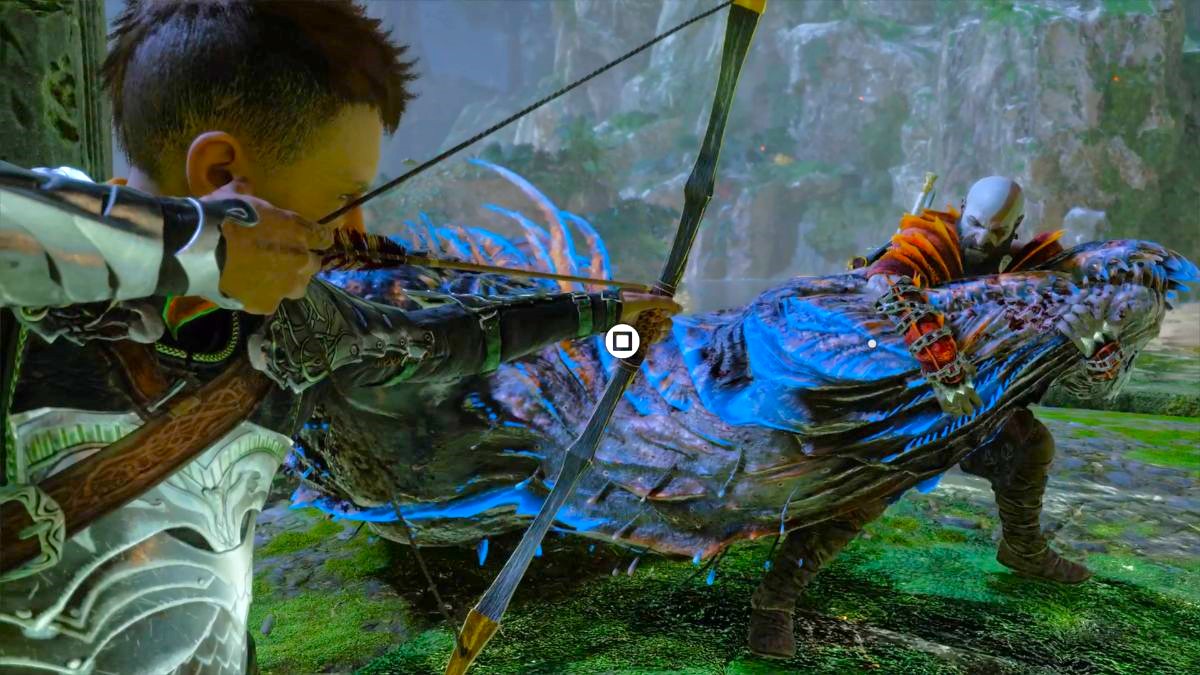 In God of War Ragnarok, What Lies Below is a Favor side quest that takes place in The Jungle, which is a hidden region within The Crater in the realm of Vanaheim. You can get to The Crater by completing the Scent of Survival side quest Favor, which starts after you complete the Creatures of Prophecy goal on The Path main story quest line. Then you can reach The Jungle by heading south from The Plains (the first region of The Crater you’ll visit) at night.

Related: How to defeat the Dreki in God of War Ragnarok

How to start What Lies Below

What Lies Below will start during the Return of the River side quest Favor, when you reach the top of the dam, and squeeze through the wall to its west side. There you’ll see a dreki hunting the local wildlife, and Atreus will point out that such an overpowered predator will be bad for the balance of the local ecosystem. This will start the What Lies Below quest, but you won’t be able to pursue the dreki just yet.

How to find a way to the dreki

Once you’ve opened the dam, jump to the platform on the southern end of it (near the ghost), and throw your Draupnir Spear at the hole in the ruin to the north. Now use the spear to swing over the gap to the west, and climb over the ruin. Drop down the other side to face not one, but two dreki.

How to defeat the two dreki

Focus on defeating one of the dreki first. It doesn’t matter which one, it’s just that the fight gets a lot easier once there’s only one to deal with. The dreki use a lot of sweeping attacks, which are hard to dodge, so you’re better off parrying with your shield when you see the yellow circles. The unblockable attacks are area-of-effect abilities that are hard to dodge too, but when you see the red circles, roll as far away as you can, as quickly as possible. Other than that, just make full use of all your runic and rage abilities, and have no mercy.