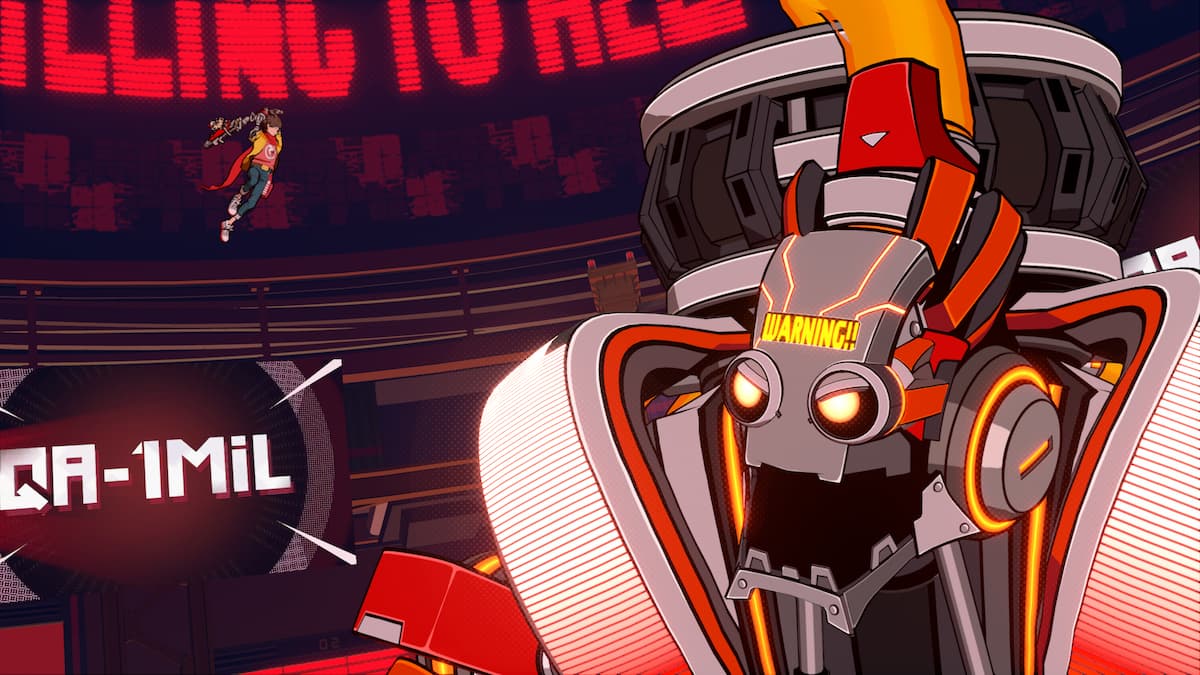 Rhythm-based action game Hi-Fi Rush is chockfull of robots who attack protagonist Chai on sight, but there is none more menacing in the first level than QA-1MIL. This bot is the first boss in the game and functions much like a boxer, throwing hooks and jabs Chai’s way. However, QA-1MIL also has some tricks up its sleeve where players must perform well-timed attacks and dodges in order to survive. This guide will break down the best tips and strategies for defeating QA-1MIL in Hi-Fi Rush.

How to beat QA-1MIL in Hi-Fi Rush

Once the battle begins, QA-1MIL will primarily attack Chai with his fists, and any misses will result in the boss’s hands becoming stuck on the battlefield for a short time. Thus, you will want to dodge at the start of the fight and then attack his hands once they are frozen in place. Both light and heavy attacks prove useful, but you will need to make sure Beat Hits land. As shown below, this is when a combo is established and the next swing is done exactly when the meter lands on the green circle displayed on screen. If done correctly, you will earn perfect timing and deal additional damage to QA-1MIL.

It is worth noting that at a random time in the fight, an event will occur where you must perfectly time the presses of the buttons that are prompted. If completed, QA-1MIL’s head will also become a weak point for the rest of the fight, and you will unlock the Does That Say Weakpoint achievement. However, if you miss one of these prompts, the fight will still continue on.

After QA-1MIL’s health bar reaches its halfway mark, they will then go into “Serious Mode.” Although their health is going to remain the same, the boss will now use a blaster that is shot in every direction. These are incredibly damaging, but you can counter these by simply doing a double jump or Rhythm Dodge in the opposite direction. Once you near the end of the fight, Chai will then earn a Special Attack which should be used to finish off the boss once his fists are stuck again.

Related: Which bands are included in Hi-Fi Rush’s soundtrack?

As difficult as the enemy is, players also have various options to make the experience easier through the Options menu’s Accessibilities tab. For instance, you can turn on the Auto-Action Mode to have the game select which attacks and combos you perform at every beat. Meanwhile, there is even an option to use all attacks through a single button.