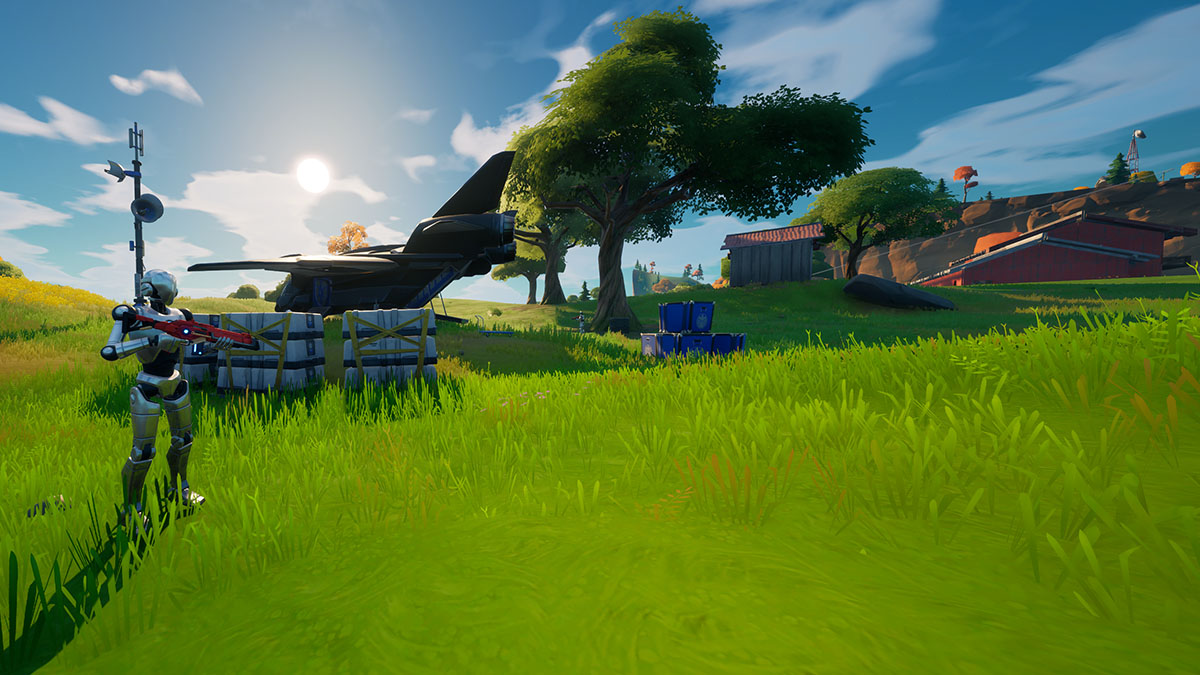 One of the three-step challenges for Fortnite Chapter 2 Season 4’s XP Xtravaganza is to kill Stark Robots, Gatherers, or Gorgers. You will need to kill quite a lot of them for all three steps, and Stark Robots and Gatherers are definitely the areas to focus on.

Gorgers take a very long time to kill, leaving you exposed to other players, and you are better off focusing on the easier targets to get this challenge done quickly.

Stark Robots can be found in two main locations, Stark Industries, and Quinjet Patrol Sites. You can find Stark Industries to the northeast of The Ruins, and to the southwest of Steamy Stacks. This area is patrolled by multiple Stark Robots, but can also be a bit of a hot drop, so you will need to be careful.

Quinjet Patrol Sites are marked at the start of a round by plumes of blue smoke that you can see from the Battle Bus. They will normally have five Stark Robots patrolling them, so visiting them is a good way to rack up some eliminations. Don’t forget to shoot down the drones that patrol the area and try to get some nice loot from them.

Gatherers and Gorgers can be found in the same location, as the larger Gorger spawns the smaller Gatherers. Gorgers will spawn in locations marked by a thin beam of red light coming down from the sky. This can be hard to spot but keep an eye out for it while you run around the map. If you wish, you can grab a Choppa and try to hunt them down that way. They are large, black and red machines, so are easy to spot.

They can spawn anywhere on the map, so always be on the lookout for them, but you can find all their possible spawn locations here. When you find one, you should leave the Gorger intact and farm the smaller Gathers that it will spawn. These are easy to kill, and plentiful if you hang around for a while.

If you do want to take out a Gorger, make sure you shoot it where it is glowing yellow to damage it or use a fallen Gatherer before it explodes. If you pick them up in time, they turn into weapons that are very effective against the Gorger.