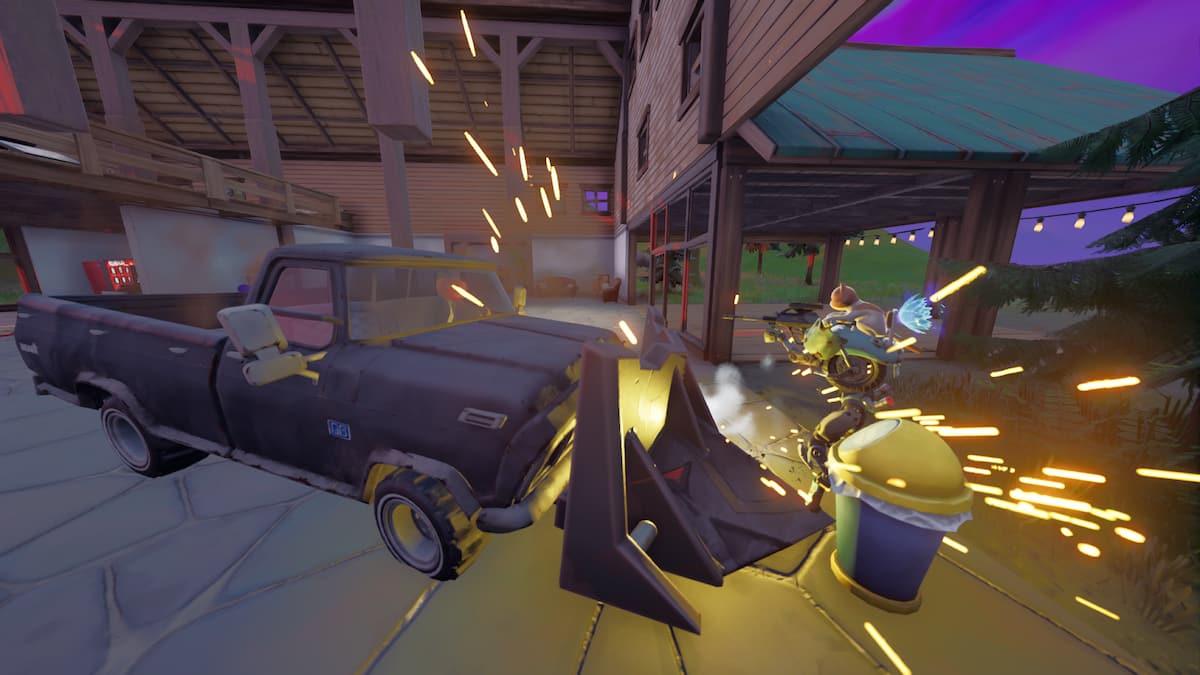 There haven’t been too many vehicle mods in Fortnite’s latest chapter, but Chapter 3 Season 2 has premiered one awfully powerful car part. Known as the Cow Catcher Vehicle Mod, this new item is a handy tool to have when in battle or deep in tree-ridden forests. No matter, the item mainly spawns in just two particular areas.

The easiest method of obtaining a Cow Catcher is by destroying the red toolboxes typically found in gas stations and garages. That being said, players can bet there are plenty of Cow Catchers tucked within Chonker’s Speedway. Once picked up, there are two ways the item can be utilized. The most popular use of it is by throwing it at a car to attach the part. This makes it easier to ram through pesky tall trees and brick buildings with vehicles, but it can also provide more damage when hitting enemies.

As shown in the image above, we found it unbelievably easy to pass through building walls to hit opponents inside, so this method is highly recommended.

Additionally, players have the option to throw the Cow Catcher on the ground and use it as a blockade. This tactic is most likely to come in handy when being fired at from ahead or when in the line of sight of snipers. Despite its size, those who use it will be able to cover their entire body behind the item. It’s even more impressive when considering it can take magazines worth of damage before being destroyed.

Related: All NPC and character locations in Fortnite Chapter 3 Season 2