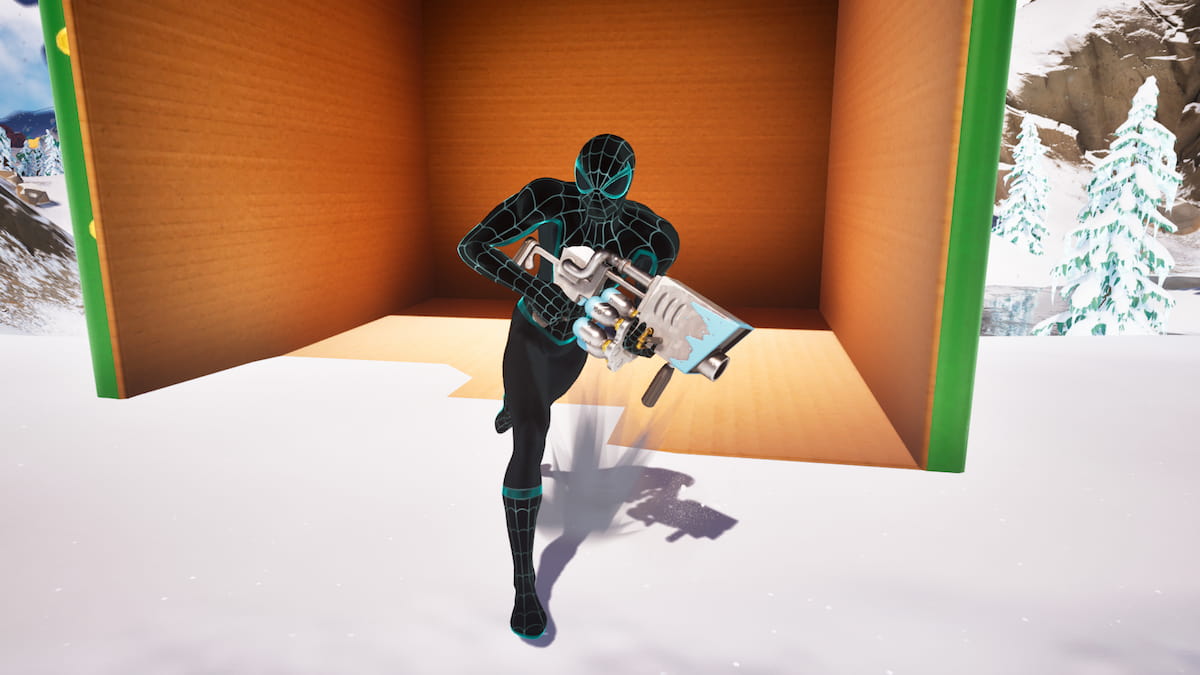 With every Winterfest that comes to Fortnite, players can always expect there to be a collection of festive weapons. Of course, this includes the classic Snowball Launcher, a gun that has been added to the loot pool almost every December. It has become a fan-favorite due to the gun having several types of rarities and explosive snowballs that deal massive amounts of damage. Here’s how you can obtain a Snowball Launcher in Fortnite Chapter 4 Season 1.

Where to find a Snowball Launcher in Fortnite

You can pick up the Snowball Launcher through one of two methods. As marked below, the best way to get the explosive weapon is by speaking to Scrapknight Jules in the southeastern parts of Faulty Splits and buying her Epic-rarity Snowball Launcher for 600 Gold. Alternatively, the launcher can be found as ground loot or from looting chests, Holiday Presents, and Supply Drops — though, its rarity will be at random.

Related: How to get the Reboot Rally cosmetics and rewards in Fortnite

The Snowball Launcher’s rarities range from Uncommon to Legendary, with their damage stats spanning between 48 to 55 player damage per hit. As an explosive, each snowball hurled will blow up on impact, affecting both players and structures in its radius — making it a great tool for pulling out enemies in cover. Although each rarity holds just six snowballs per magazine, players will be able to secure more snowballs by finding Rocket ammo in chests or on the ground.

As the weapon is a part of Winterfest 2022, it is expected to be vaulted once more when the event ends on January 3. In the meantime, players should head over to the Winterfest’s Cozy Lodge, an interactive hub that grants everything from free cosmetics to Supercharged XP. Players can even locate the lodge’s pizza slices in order to finish a rewarding weekly quest.