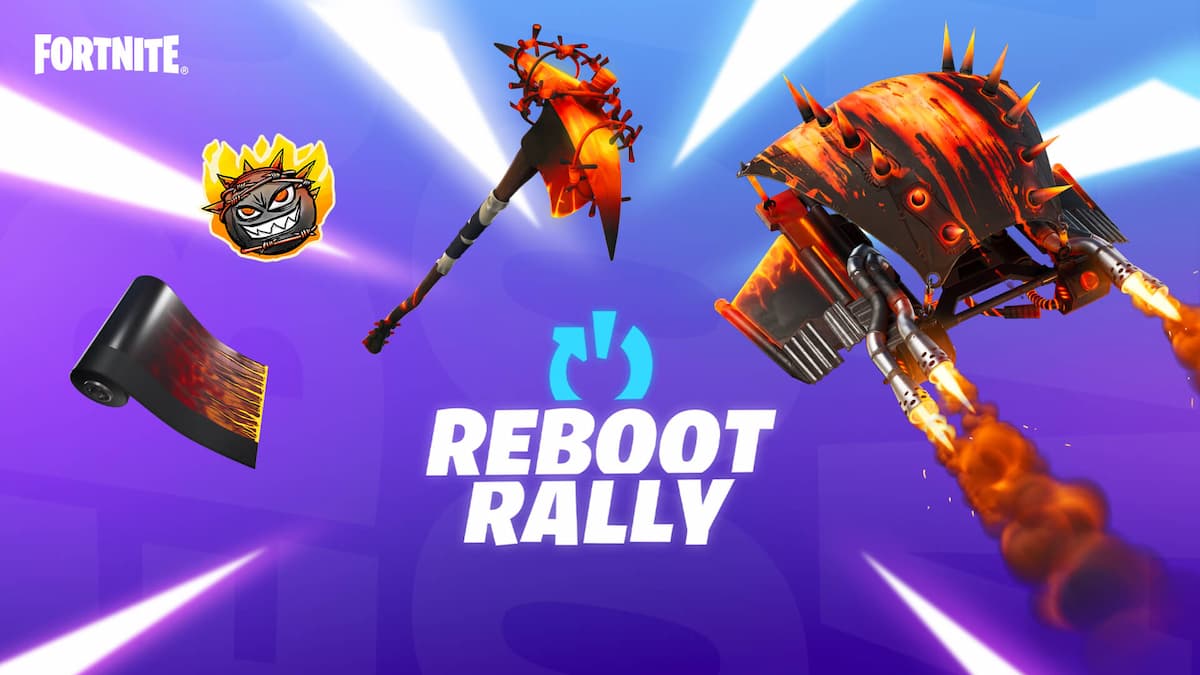 Active Fortnite players have been eager to jump into the new Chapter 3 Season 4 update, but the game is now calling on new and former players to join them in its Reboot Rally event. It consists of quests that both types of players will need to do together in order to obtain some of the season’s best cosmetics yet. However, the event won’t last long, so you’ll need to act fast. Here’s how to partake in Reboot Rally and all of the rewards it offers in Fortnite.

How to do the Reboot Rally quests

From now until October 3, active players are able to “rally” friends who have not played more than two hours of Fortnite within the last 30 days. This is essentially an invite to play any mode and complete the Reboot Rally quests. If you’re an active player, you will spot a reboot symbol near names on your friends list, indicating new players eligible to be sent this “rally” invite.

Once they have joined your party, you then have to work together to collect points from the event’s quests. These Reboot Rally quests will mainly ask that you complete Daily challenges each day. So, even if you have finished all available quests, you can return the next day to complete more Daily challenges and earn additional points. You can find every Reboot Rally quest below.

After you have then reached particular point milestones, the event will reward you with an item in the Renegade Flame set. This includes new items in the set, such as the Fiery Descent Glider, while the Barb-B-Q Emoticon returns for players to own at no cost. Here is a breakdown of each reward and its point requirements.

Related: All new POIs and locations in Fortnite Chapter 3 Season 4

We highly recommend chasing after these cosmetics while the event is live, as it is unclear if the new items will ever be available in the Item Shop. If not, these are bound to become incredibly rare down the road. The same can also be said for cosmetics in the recently released Chapter 3 Season 4 Battle Pass. It comes with over 15 different outfits, such as Spider-Gwen and several Bonus Reward styles.