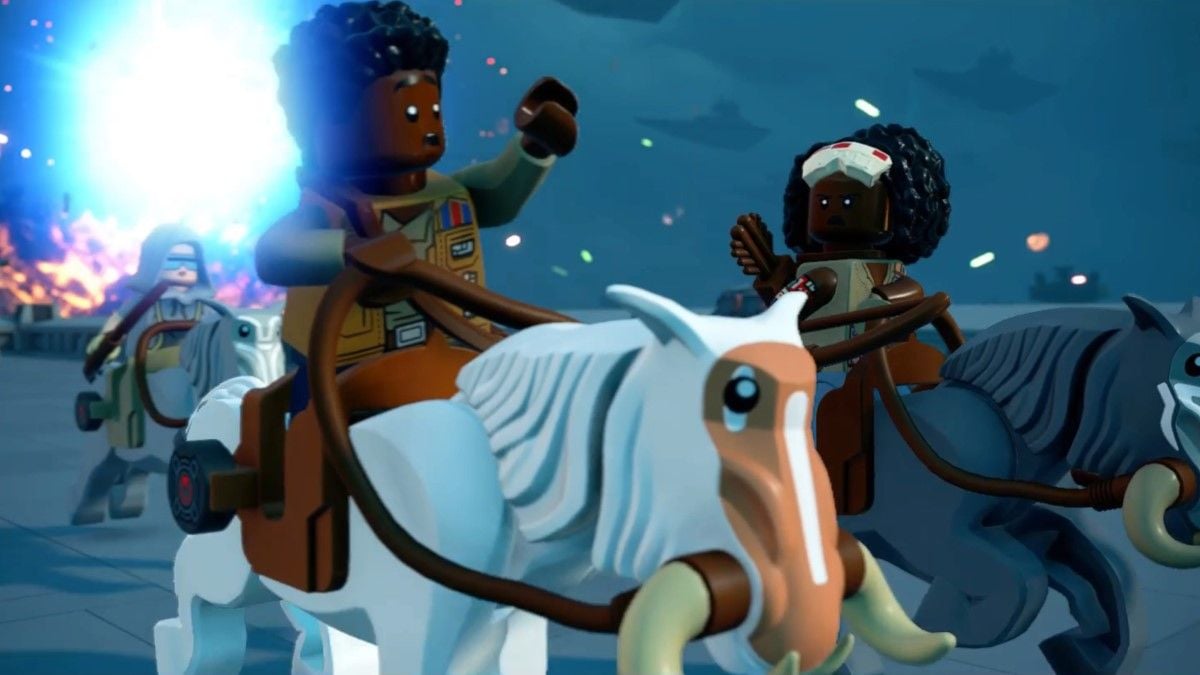 To get all five Minikits in the Be With Me level in Episode IX – The Rise of Skywalker in Lego Star Wars: The Skywalker Saga, you need to keep your eyes peeled and explore the level thoroughly. Three of these Minikits can be obtained in Story mode, but you’ll have to replay in Free Play to get the other two.

Related: How to get all Minikits in A Skip and a Jump in Lego Star Wars: The Skywalker Saga

All five Minikit locations in Be With Me

The first Minikit is on the right about ten seconds into the first Orbak riding section of the level.

You can only get the second Minikit playing on Free Play. During the fight after the first Orbak riding section (where you can also get the Explo-Sith Challenge), switch to a Bounty Hunter and shoot the gold machine on the right. Build the Minikit from the debris that falls out of the machine.

The third Minikit can also only be obtained in Free Play. After finding the second Minikit, you’ll build a bridge from the wings of a crashed TIE starfighter. Cross the bridge, then switch to a Jedi or Dark Side character, and use the Force to open the cockpit of the crashed fighter. The Minikit is inside.

To get the fourth Minikit, you’ll either need to disguise one of your Hero characters as a Sith Trooper or play on Free Play and use a Villain character. After the second Orbak riding section, you’ll see the Minikit on a tower to the left. Throw a grenade at the tower to unlock the ladder, then climb up to get the Minikit.

After you defeat the BB Boss, look for a crashed Resistance fighter on the left. Use a Villain (or disguised Hero) to throw a grenade at this fighter, then build a terminal from the debris. Use a Hero character to activate the terminal and, a few seconds later, a droid will deliver the fifth and final Minikit. Collect all five Minikits to unlock the Tantive IV (Micro).