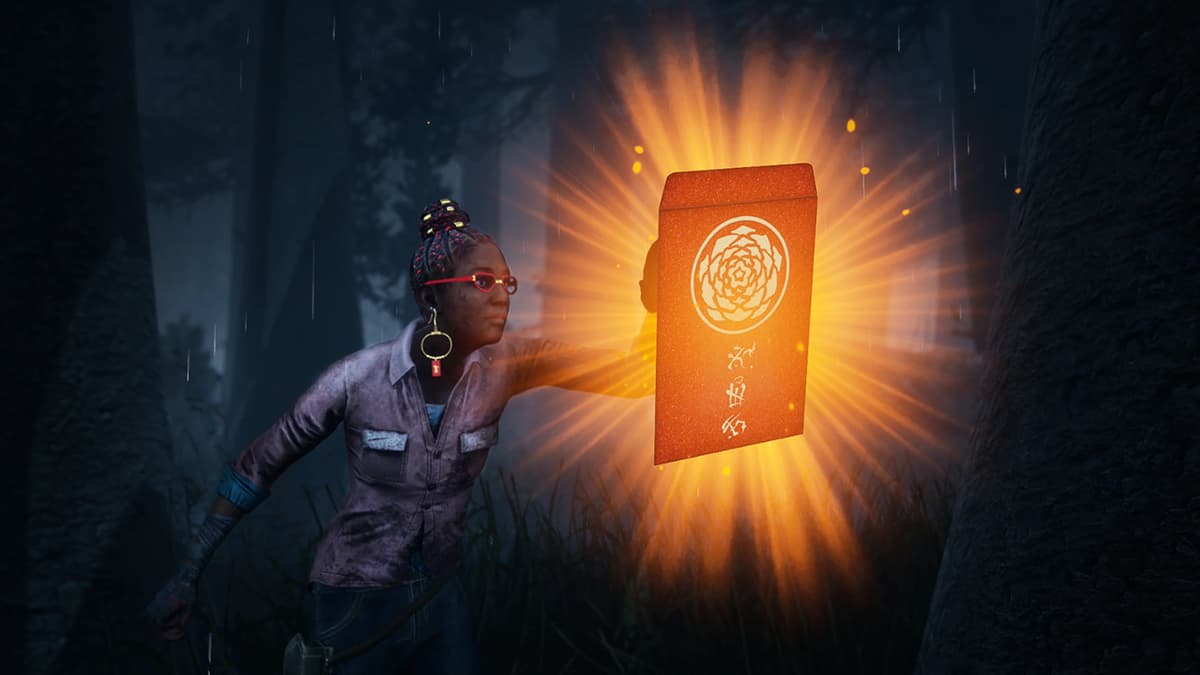 Dead by Daylight may be a game focused on a Killer causing misery to the Survivors, but that doesn’t mean the game can’t get into the good fortune spirit when the Lunar New Year comes around. When you jump into matches during this limited-time event, you may notice big Red Envelopes that appear around the trial. Here is what to do with them and how to get your own.

Before Red Envelopes can begin appearing in your game, you need to have unlocked the Red Envelope offering in the Bloodweb. If you don’t see any on your current level, you will need to fill out that screen to generate a new run where the Red Envelope can potentially appear. When you have it, equip it to burn the Red Envelope at the beginning of a match.

When the match starts, you will be able to see a yellow aura of your envelope until someone interacts with it. This can make it easy for you to lead someone to it, but you can’t grab it yourself, you can only reveal it to others when you interact with it. Either a teammate or the opposition has to pick it up for you both to gain the rewards.

When someone grabs your envelope, you will instantly gain 5,000 Bloodpoints, and they will receive a random amount of Bloodpoints. You will also receive one of the event’s cosmetic items at the end of the match. There are ten in total, so you can keep acquiring items throughout at least ten games.

Even if you end up getting all of the items from people grabbing your Red Envelope, it is still worth you equipping the item when you go into games. Hooking Survivors and completing generators will reward you with a ton of Bloodpoints, and picking up more will also help you and the person who brought it in.