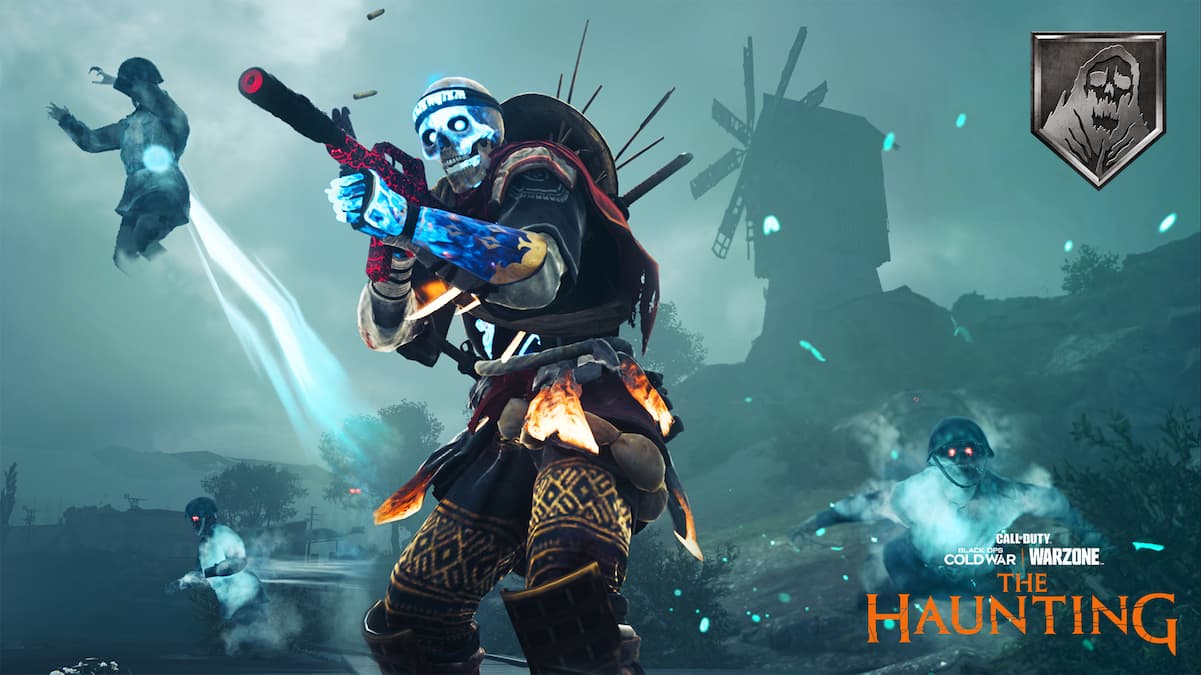 In the debut trailer for Call of Duty: Warzone’s Halloween event, The Haunting, fans noticed a deeply threatening glowing blue skeleton skin make an appearance for a short moment. It has since been revealed that this riveting character, now known as the Ghost of War Ultra, will be joining Scream‘s Ghostface and Donnie Darko’s Frank the Rabbit during Season Six of Black Ops Cold War. However, unlike the other characters, it can seemingly be unlocked through multiple ways.

For a limited time, starting from October 22 to November 2, Call of Duty fans can purchase the skin’s entire bundle on the Store page of either Warzone or Black Ops Cold War for 2,400 COD Points or pre-order Call of Duty: Vanguard on their respective platform to earn Ghost of War Ultra at no cost. If players have already pre-ordered Vanguard, it is said the skin will automatically make its way into inventories upon its arrival.

According to stat-tracking site Tracker Network, the Ghost of War Ultra bundle will include the following:

In addition to the new operators, players will also get the shot to complete all of the various challenges within the new season to unlock the new LAPA submachine gun and other rare cosmetics.