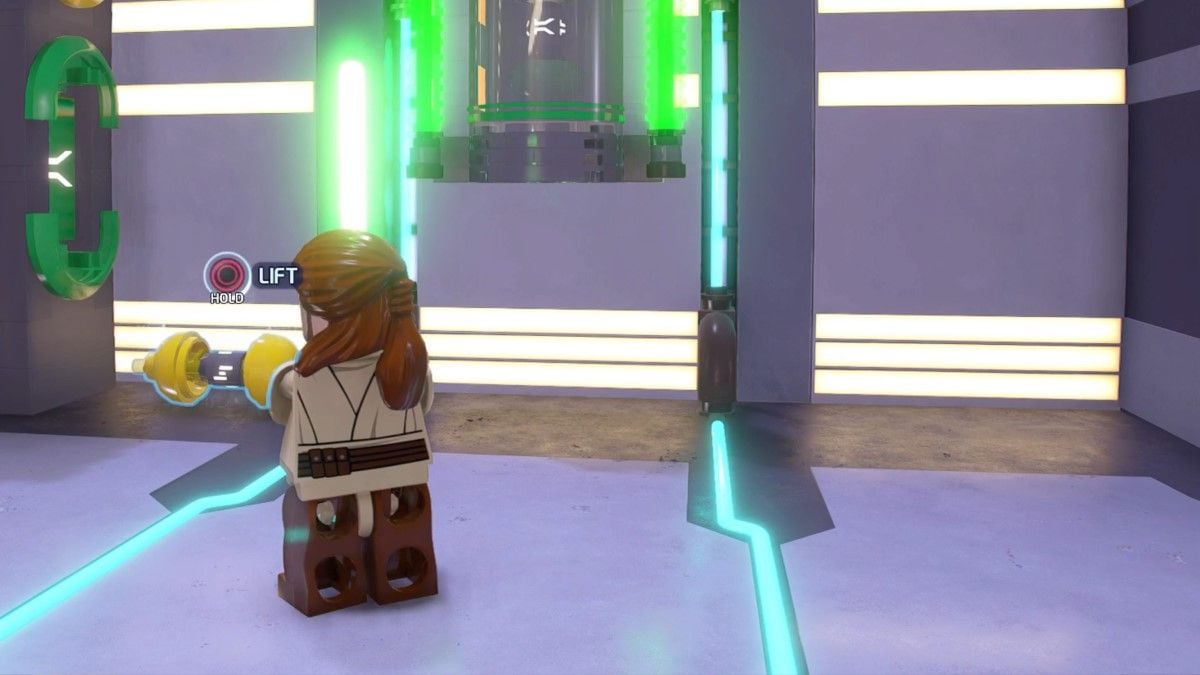 In the Better Call Maul level in Episode I – The Phantom Menace in Lego Star Wars: The Skywalker Saga, your objective is to fight, pursue, and ultimately defeat Darth Maul in the plasma refinery complex of the Theed Royal Palace. Playing as Qui-Gon Jinn and Obi-Wan Kenobi (Episode I – No Cape) — or any characters you like, if you’re playing in Free Play — you’ll engage in a series of duels against and pursuits of the evil Sith Dark Lord. During one such pursuit, Darth Maul will run along a corridor, closing a series of forcefield barriers behind him.

Related: How to complete all Better Call Maul challenges in Lego Star Wars: The Skywalker Saga

The first two forcefield barriers switch on and off automatically, so just wait for each of them to switch off, then dash through when you can. To remove the third barrier, you need to use the Force to pick up the yellow canister and put it back in the yellow socket. The fourth and fifth forcefield barriers are timed, so again, just wait for them to automatically switch off, then dash through. The sixth and final forcefield barrier has four colored sockets, but the green one is empty. Look closely, and you’ll see a green canister inside the container on the left, but it might not be obvious how to open it.

How to get the green thing on Better Call Maul

To get the green thing (we’re pretty sure it’s an energy canister) on Better Call Maul, you need to use the Force to take the blue canister out of its socket in the “doorframe” and place it in the socket in the left-hand wall. This will send an energy charge across the corridor, which will open the green container. Now you can use the Force to put the green canister in the green socket, the blue canister in the blue socket, and the red and yellow canisters (which fell on the floor when you arrived) in their respective sockets. The forcefield barrier will open, and you can finally defeat Darth Maul.