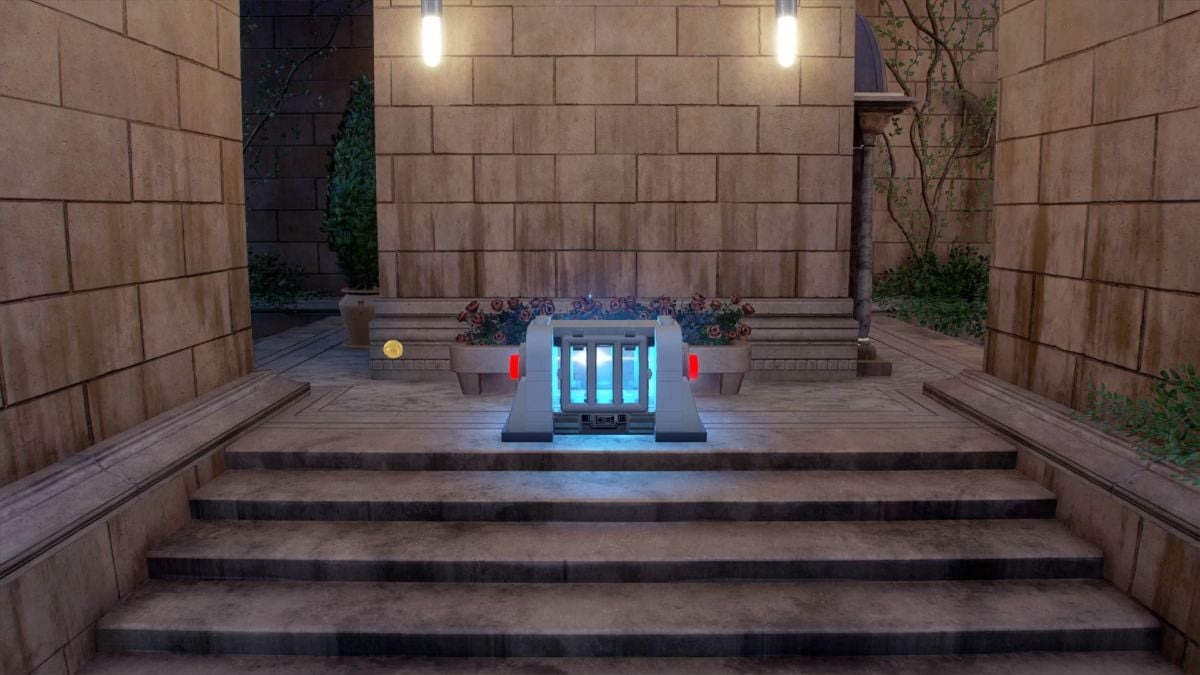 In Lego Star Wars: The Skywalker Saga, you’ll arrive in the city of Theed on the planet Naboo after you complete the A Bigger Fish level in Episode I – The Phantom Menace. Your main objective is to rescue Queen Amidala from the Trade Federation. If you’re a completist, you’ll also want to find both unlockable ships in Theed, all six unlockable characters in Theed, and all 31 Kyber Bricks. Most of the Kyber Bricks are pretty easy to get, but there’s one in the Theed Royal Palace that’s locked in a cage, and it’s not easy to figure out how to open that cage.

Related: All unlockable characters in Theed in Lego Star Wars: The Skywalker Saga

How to open the Theed Royal Palace Kyber Brick cage

The Kyber Brick in question is in a cage on the west side of a small building in the northeast corner of the Theed map. The building is surrounded by four large pillars and four sets of stairs. The cage is at the top of one of the sets of stairs. But you can’t smash open the cage, and there’s no visible switch nearby. You also can’t open it with one of your character’s special abilities.

The switch for the caged Theed Royal Palace Kyber Brick is near the cage, but it’s well hidden. Go around to the northeast corner of the building, and you’ll see that the northeast pillar is actually hollow and has something glowing red inside it. It also has two little platforms on its outer walls. Jump onto the platform on the north side, then use the Force to flip the switch inside the pillar. Now go back to the west side and collect the Kyber Brick to complete the Piercing Pillars puzzle.

So, you beat the A Bigger Fish level to reach Theed, but if you didn’t complete that level’s Challenges or collect all its Minikits, then you can’t call yourself a True Jedi.