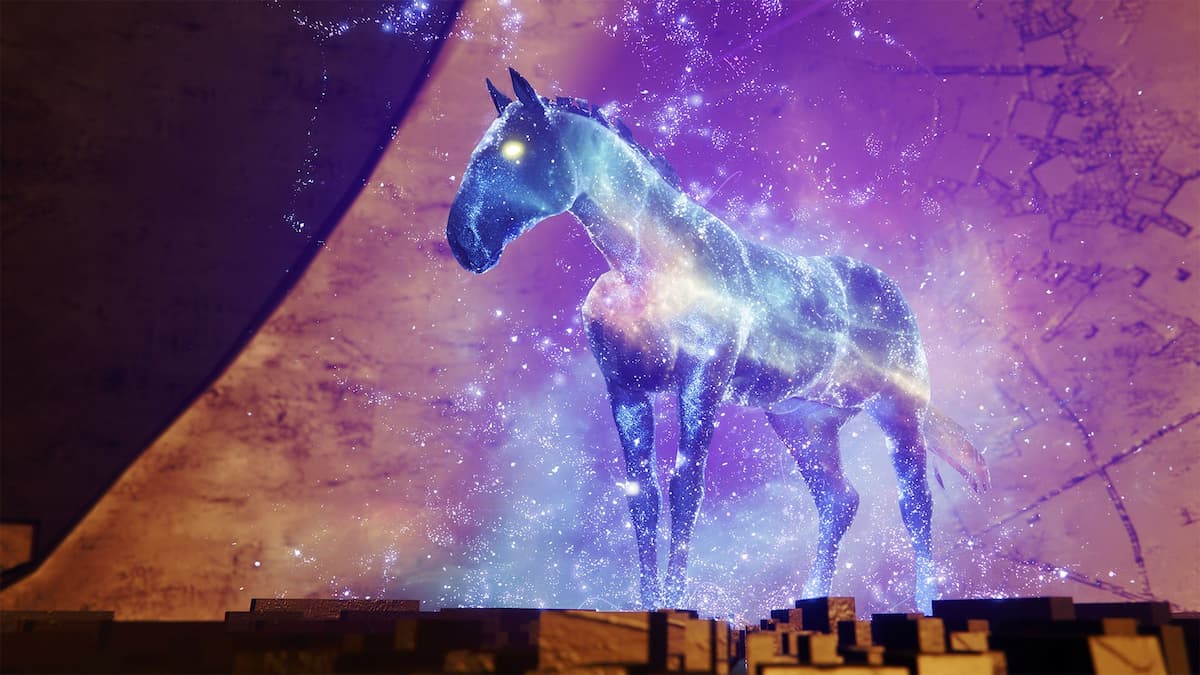 A new Exotic quest in Destiny 2 has players on the hunt for the Forerunner, a weapon that has more than a few strong hints at another major franchise that Bungie created. As part of the Magnum Opus quest to get the Forerunner, players will need to get their hands on an item called the Strange Key.

This item can only be gotten from Xur at Eternity, so players will need to go and visit him there to get their hands on it. Before he will give it to them, they will need hit Rank 4 with the mysterious merchant.

Ranking up with Xur is actually quite easy to do. Players can get Bounties from Xur and from his companion, Starhorse. Both characters can be found at Xur’s Treasure Hoard. Finishing the bounties will earn you some rank with Xur, and you can also grind the new Dares of Eternity activity to rank up as well.

It doesn’t take long to hit Rank 4 at all, and after that, you can return to Xur, grab the Strange Key, and move on to the next step of the Forerunner quest.

It is important to note that you don’t need to have purchased the anniversary pack to get access to the Forerunner quest or the Strange Key.