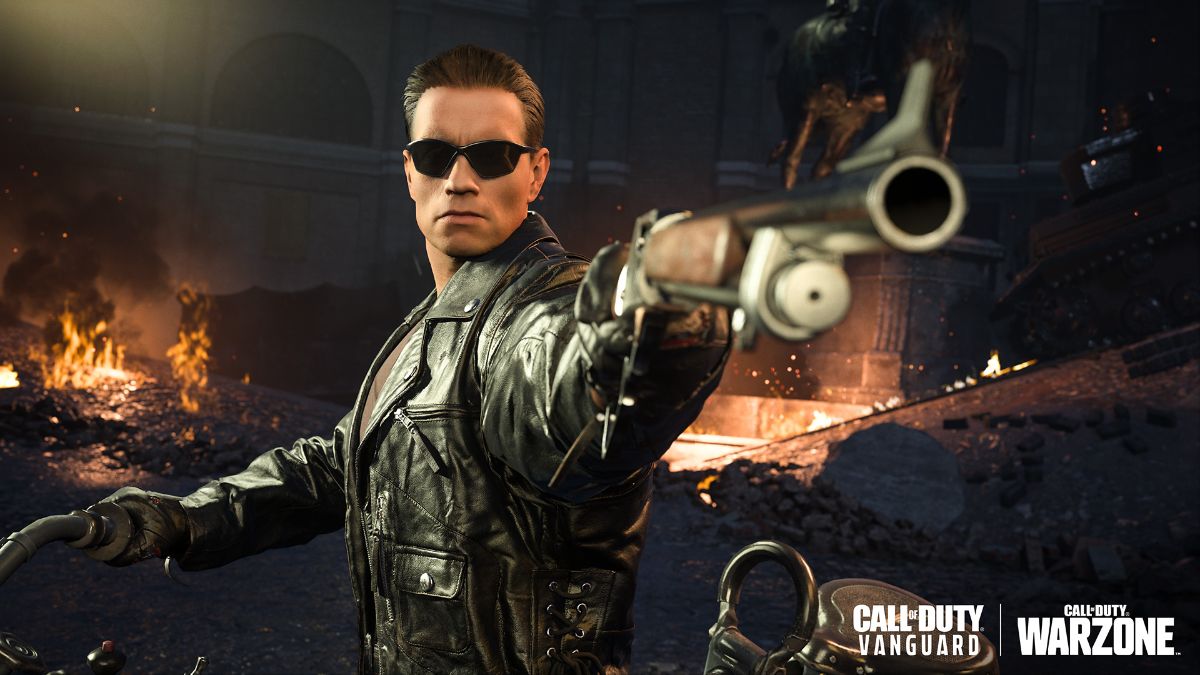 The robot from the future is crossing over with Call of Duty. T-800 from Terminator 2: Judgement Day, played by Arnold Schwarzenegger, will arrive in Call of Duty: Vanguard and Warzone as a player Operator. Like most high-end Operator skins, the T-800 will be a very in-demand skin, so you probably want to know how to get him.

What Vanguard and Warzone bundle is the T-800 included?

The “Model T-800” Operator is considered an Ultra-rarity item and will be part of the “Tracer Pack: Terminator T-800 Mastercraft Ultra Operator Bundle.” The “Model T-800” Operator comes with a Finishing Move, Play of the Game, and MVP highlights. The bundle also comes with the “Always Scanning” Charm, “I’ll Be Back” Animated Emblem, the “Infrared Optics” Reticle, “Neural Net Processor” Ultra Assault Rifle Weapon Blueprint, “Coltan Alloy” and “Motorhead” Legendary Weapon Blueprints. The Bundle is part of the Mercenaries of Fortune for Season Four and is considered the mid-season launch.

Related: All Hunting the Enemy intel mission locations in Call of Duty Warzone

How to get the T-800 Operator skin

Even though the mid-season launch will be part of the Warzone and Vanguard updates on July 27, the “Tracer Pack: Terminator T-800 Mastercraft Ultra Operator Bundle” will be available at a later date. No official price for the bundle was announced, but almost every bundle with a high-end, cross-over Operator skin cost 2,400 CoD points (AKA CP). CP can be earned by playing the game through normal gameplay; however, grinding 2,400 CP will take a lot of time. You can purchase CP with real-world money if you want to speed things up. The equivalent amount of money to gain 2,400 CP will be $19.99/£16.79.

The T-800 is a highly sophisticated robot from the future, built by Skynet. The machine was programmed to help Skynet eradicate all human life on Earth but reprogrammed to go back in time to protect John Connor, humanities only hope in defeating the machines.