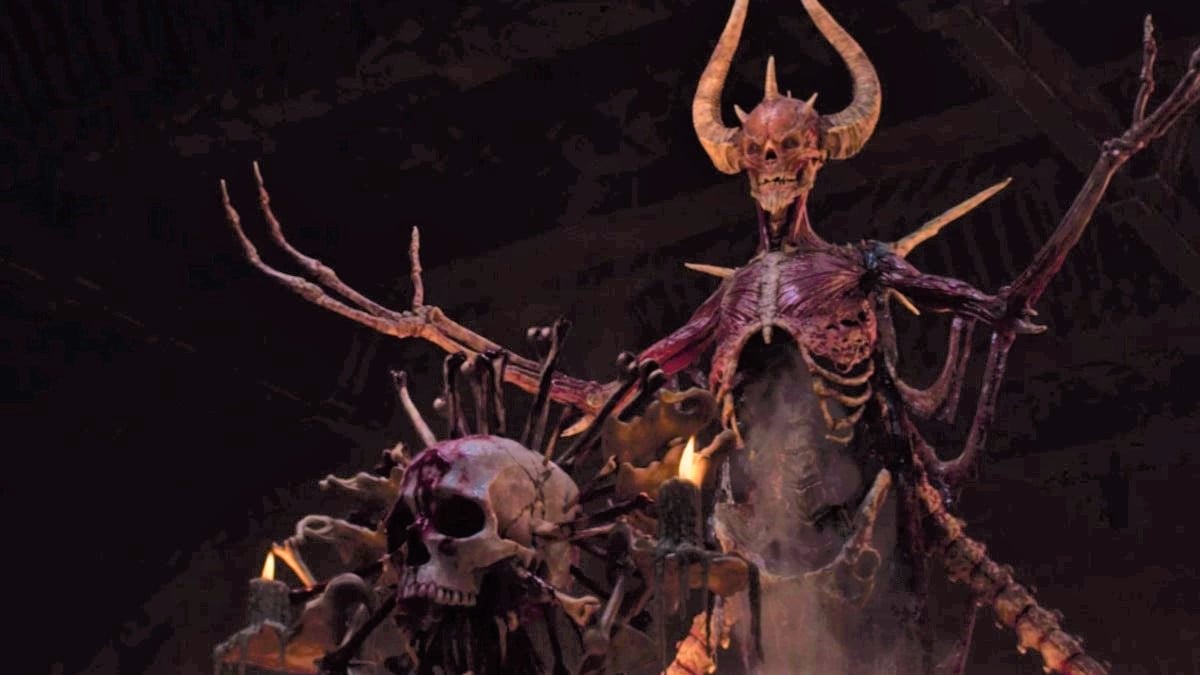 The Heart Of The Oak (HOTO) runeword is very popular and offers a lot of useful bonuses to all caster classes and builds, especially when fighting demons. It can be made with any mace or staff class weapon but maces. Flails are more popular because they can be wielded one-handed, allowing the player to carry a shield in the other hand. The only circumstance in which you might want to make a Heart Of The Oak staff is if you’re playing as a Sorceress and find a 4-socket staff with an ideal set of modifiers.

The base weapon for Heart Of The Oak must have exactly four sockets, so that the runeword ‘KoVexPulThul’ can be spelled out. Remember, you must add the runes to the weapon in that exact same order, otherwise you won’t get Heart Of The Oak. So add the Ko rune, the Vex rune, the Pul rune, then the Thul rune.

Related: Where to find War Traveler boots in Diablo 2: Resurrected

You can find a 4-socket flail anywhere from Act IV Normal onwards, or else you can find a normal flail and add sockets using the Horadric Cube (only flails found Act IV Normal or later will have a chance of getting four sockets though), or using Larzuk after you complete the Siege Of Harrogath quest in Act V.

Thul is the easiest of the HOTO runes to find, as it starts dropping on Act IV on Normal difficulty. Ko is the next easiest, but much harder, to find. It starts dropping during Act II on Nightmare difficulty, but you’ve a better chance of finding it at the Hellforge on Nightmare or Hell, or getting it from The Countess on Hell. The same goes for Pul, although it doesn’t start dropping until Act IV on Nightmare. And Vex is really hard to find. You can’t get it at all from The Countess or the Hellforge, so you’ll just have to hope for a random drop somewhere on Hell difficulty.

Once you’ve made your Heart Of The Oak flail, wielding it will grant you the following bonuses: